The ancient city of Kano was thrown into frenzy as thousands of people lined the streets to welcome former Major Hamza Al-Mustapha, former Chief Security Officer to late Head of State, Gen. Sani Abacha, when he arrived the city Sunday afternoon.

Al-Mustapha, who was discharged and acquitted over the murder of Alhaja Kudirat Abiola by the Court of Appeal in Lagos on Friday, arrived the Malam Aminu Kano International Airport to a rousing welcome aboard a chartered jet in company of Odua Peoples Congress (OPC) founder, Dr. Frederick Fasheun.

It was learnt that armed soldiers and members of the OPC took over security and crowd control for the itinerary of the former CSO.

Al-Mustapha, it was also learnt, shelved his visit to his grandmother’s residence and the Abachas as he headed straight for Government House to have audience with the Governor Rabiu kwankwaso. 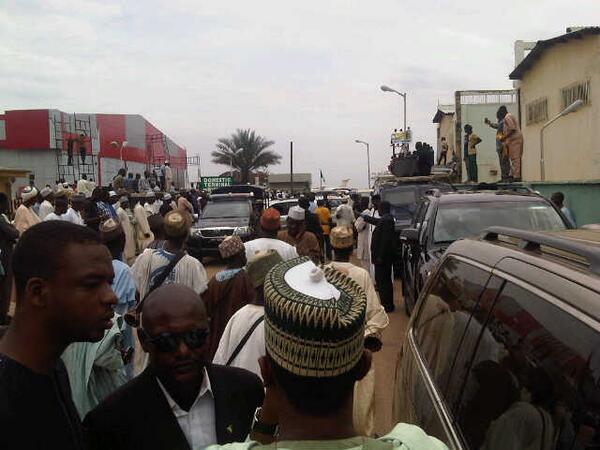 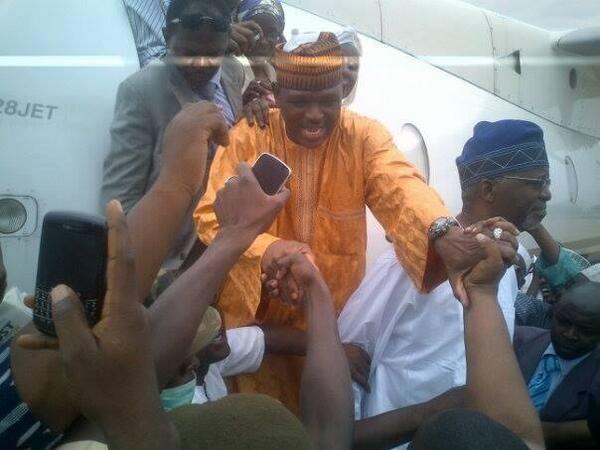 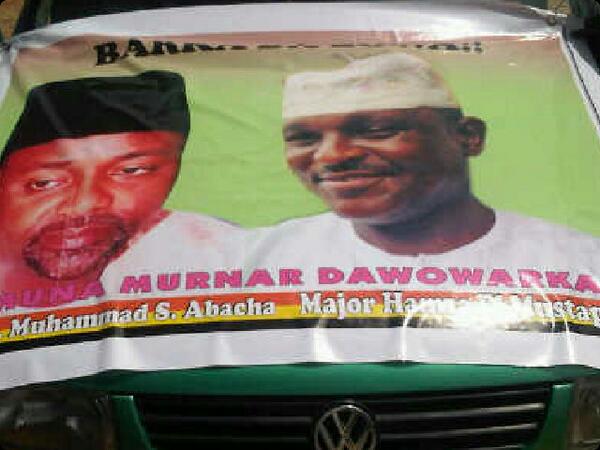 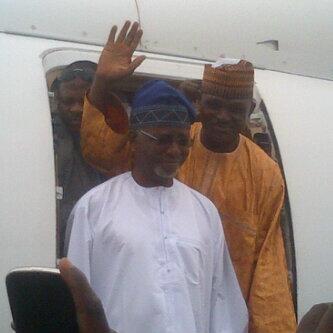 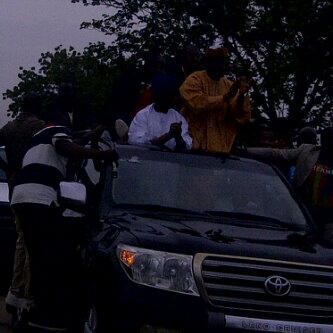 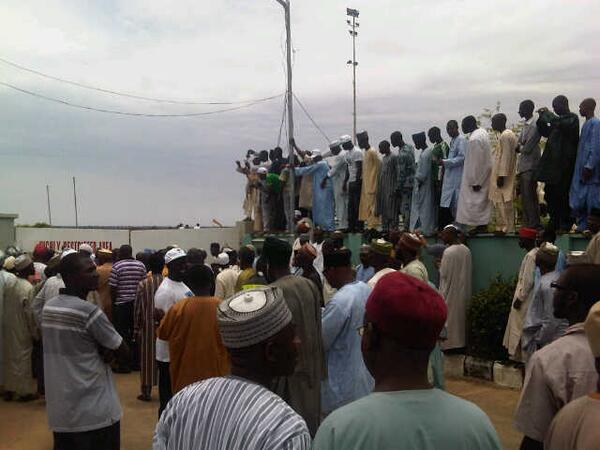