Prominent leaders of Rivers State chapter of Peoples Democratic Party (PDP) have paid a visit to Hon Michael Chinda. The wounded lawmaker is receiving treatment in Bupa Cromwell Hospital in London. It would be recalled that a pro-Amaechi lawmaker and majority leader of Rivers State of Assembly, Chidi Lloyd severally smashed a wooden mace on his head and jaws on July 9th 2013, as a group of five lawmakers tried unsuccessfully to impeach the speaker of the house. 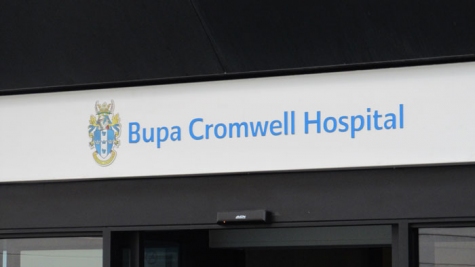 Scroll down to see the photos

Speaking after visiting the injured lawmaker, Wike appealed to Rivers people, especially the constituency where Chinda comes from to remain calm, assuring that justice would take its course.

Also in his speech, the PDP chairman expressed surprise that despite the devastating attack, Governor Chibuike Rotimi Amaechi was yet to ask after the wounded lawmaker.

According to the text of the press release regarding the visit, issued from London, “The leaders were grateful to God for the survival of Hon. Michael Chinda despite the vicious knocks he received from the mace-wielding Majority Leader of the Rivers State House of Assembly, Mr. Chidi Lloyd.

“They condemned the brutal physical assault suffered by Hon. Chinda, saying that such violence must not be witnessed again in the state.

“Former Minister of Transport, Dr Abiye Sekibo while condemning the brutal injury inflicted on Hon. Chinda, said all well meaning Nigerians must rise to condemn such pre-meditated act of violence in the interest of the nation’s political growth.

“He said: “All of us must condemn what happened. It doesn’t matter on which side of the political divide that we find ourselves. Governors who see this kind of barbarism and fail to condemn it, but choose to turn it to political drama will not be forgiven by history”.

“Former ACN National Treasurer, Mr Kenneth Kobani said that whoever supports the acts of pre-meditated violence perpetrated against the Rivers State lawmaker needs his conscience examined. ‘Our common duty is to ensure that we do not support this kind of evil. It is shocking that even as we speak, those who carried out this evil act are still going about justifying the evil. That tells you the deplorable state that our state has fallen to.’