Home News Feed (PHOTO) “Why I Was the First Person Al-Mustapha Came to See After...
Facebook
Twitter
WhatsApp

He didn’t even bother to change his clothes after being released from the Kirikiri Maximum Prison, spending over ten years behind its walls. No, Hamza Al-Mustapha rushed to see the famous Lagos prophet, leader of the Synagogue, Church of All Nations, T.B. Joshua. The Prophet gave this interview in his ministry in Ikotun Egbe. 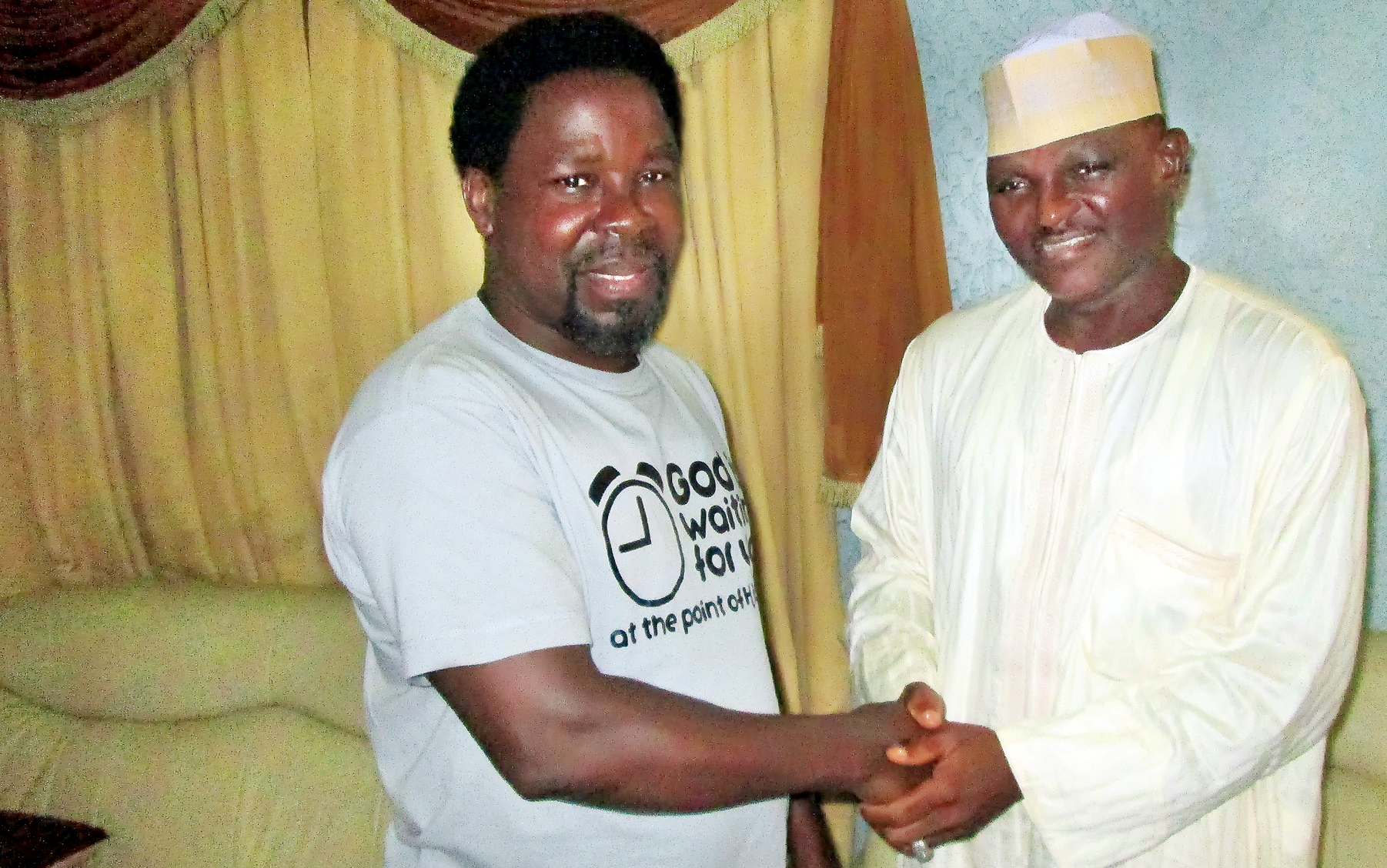 Can you tell us the purpose of Mustapha’s visit to you?

I got to know him many years ago when a petition was addressed to General Bamaiyi who was the then Chairman of the NDLEA.

As you know, several efforts had been made by my detractors to bring me and my ministry down. One of those efforts was that petition. I was arrested for investigation and it was later discovered that it was a tissue of lies. I spent nine days with them for investigation and they found the whole thing to be a fabrication. From there, I was taken to Aso Rock (City of Power) to see the president. It was there that I met Mustapha.

I was able to reveal to them who I am by telling them what was to come as a prophet. One of those things I mentioned to them and to Mustapha in particular, was what he went through, though he did not believe me then. That was why when it came to pass, I was the first person he remembered. I told him that he would spend several years in prison and would be finally released which no one else had ever told him.

That is why you see him coming here as his first port of call. Where there is no vision, people perish.

I am surprised you are asking me why he is coming here first. When you look into your archives as journalists, you will find many stories in the past about my visit to Aso Rock (City of Power), while Bamaiyi was Chairman of NDLEA. Many magazines and newspapers published my visions and prophecies on the government and the presidency.

When you know your picture of tomorrow, it will impart a strength to endure your present difficulty. When you know what you are passing through now will not last long, you will endure it. This is vision; this is prophecy. This can only come by revelation. This is what the Bible means by, “Where there is no vision, the people perish.” (Proverbs 29:18).