PHOTOS: 12-Yr-Old Boy With Tail Hailed As God In India

The boy of 12 with a “tail” growing from his back has been hailed as a God in India. 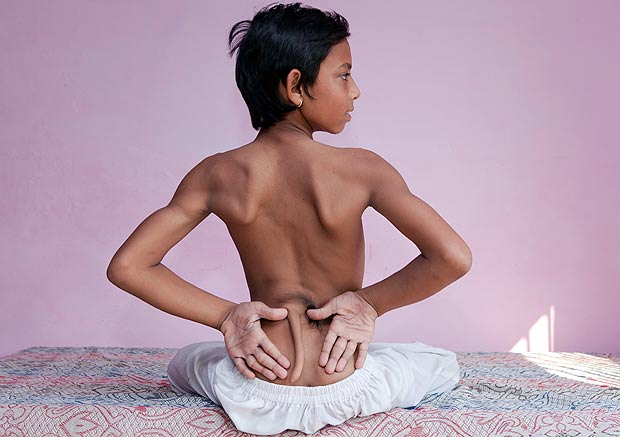 They believe the youngster — Balaji to his devotees — is the reincarnation of Hindu monkey God Hanuman.

But doctors say he has meningocele, a form of spina bifida where the spinal cord develops abnormally.

Balaji, who lives with his grandparents near Chandigarh, said: “I love my tail. It’s a gift from God. It’s unusual but people respect me and bow before me because of it. I feel special.”

Arshid and his grandparents

“I’m so happy with grandparents Suraya and Iqbal.”

Doctors say if the growth is not removed, Balaji’s twisted limbs could become worse.