Prophet Owolere Odunuga of the Celestial Church of Christ (CCC), Ibeshe District, Ikorodu, who was arrested for alleged visa fraud, has been remanded in prison custody at Kirikiri, Lagos State, southwest Nigeria. 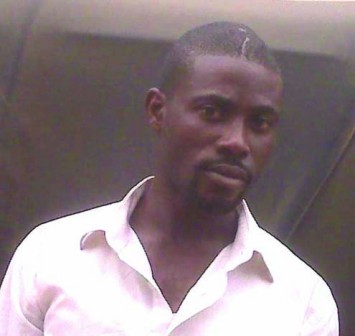 The man confessed that he used part of the money to pay his tithe, used some to pay his house rent and invested the rest in his church.

He told the court, Ejigbo Magistrate’s Court, that immigration officials at the airport collected N60,000 per passport to stamp a fake Visa for him.

Odunuga allegedly defrauded a housewife, Mrs Olayemi Oluwapelumi, of N752,000 under the false pretence of procuring United States of America Visa for her, after that he was arrested by the police.

Odunuga said that earlier he worked as travel agent, then he received a call from God to start his own church.

He admitted that the Dubai and South Africa Visas stamped on Mrs. Oluwapelumi’s passport were not genuine and that they were stamped at the airport by immigration officials whom he paid the money.

The prophet was arrested when he was lured to come and collect another money for procurement of a Visa for the victim. According to Oluwapelumi, he knew Odunuga when they were living together at Ikorodu.

She said she approached him for Visa so that she will join her husband in USA. She said she paid part of the N752,000 into his account and gave the rest as cash to him.

Mrs. Oluwapelumi narrated that trouble started when Odunuga took her to South African Embassy in Lagos and she was denied Visa.

She alleged that he went and stamped the passport with fake Visa stamp and gave it to her to go to the embassy to apply for Visa. She said when she wanted to travel with the Visa again, it was discovered that the stamp on the passport was fake.

Mrs Oluwapelumi went to the police to report the matter and Odunuga was arrested. He was taken to the station where allegedly confessed. When he was arraigned before Ejigbo Magistrate’s court for obtaining and stealing under the Criminal Code, he pleaded not guilty.

The presiding Magistrate, Mr P. E. Nwaka granted him bail in the sum of N200,000 with two sureties in like sum. Odunuga was remanded in prison custody at Kirikiri till he fulfills his hail condition. The matter was adjourned till 31 July, 2013.