The world’s largest building has opened in China capable of fitting 20 Sydney Opera Houses – or three Pentagons – inside. 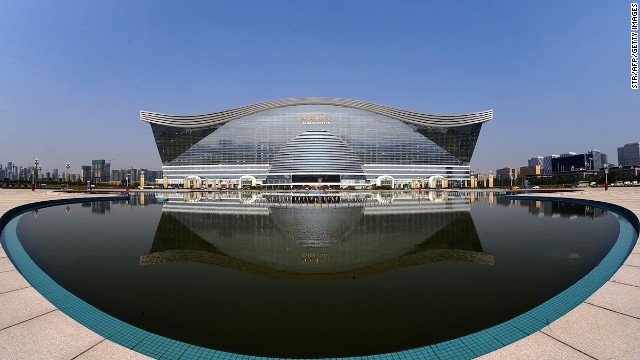 The New Century Global Center in Chengdu, Sichuan province, is a staggering 19million sq.ft. and contains shopping centres, a Mediterranean village, a water park, an ice-skating rink, and multiple hotels.

However, visitors to the glass paneled building need not worry about the weather as the giant complex will have its own artificial sun.

According to Chinese officials, the New Century Global Center is the largest freestanding building in the world, and took three years to complete.

He added that the artificial sun built inside the building will provide light and heat 24 hours a day for shoppers exploring the around 400,000 sq. metres of boutiques and stores.