The parents of a 17-month-old girl have been arrested after she was allegedly strapped in a car seat for 15 hours without food or water and suffocated to death after a blanket was stuffed into her mouth. 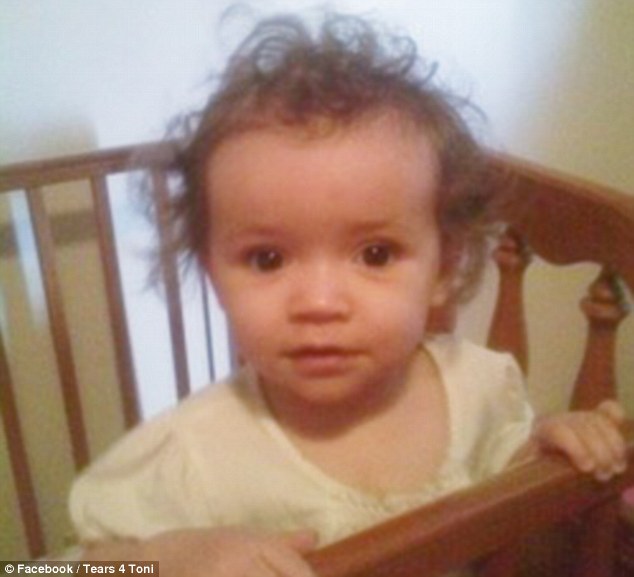 Toni Maurie Gwynn was found unresponsive at her parents’ home in Eden, North Carolina on July 11 after her father, Antonio Gwynn, 22, allegedly forced the blanket into the child’s mouth to stop her from crying.

Toni’s grandparents, Chris and Sue Paul, have told the Greensboro News-Record that they fought to help the girl and her two siblings, but that their daughter would not let them get close.

‘She just shut us out of her life,’ Chris Paul of Heather Gwynn. ‘I think she knew if we saw how bad things were in that house, we wouldn’t have put up with it.’

The couple said they moved to North Carolina from Maine to help their daughter with her children, but that Heather distanced herself from the family.

‘We were afraid for their safety,’ Sue Paul said, claiming that family members had called child services to voice their concerns.

One relative ‘called on numerous occasions and her cries were left unanswered’, she said. The county would not comment on the case, citing confidentiality.

Mrs Paul described how their daughter pushed them away and refused their help.

‘We came over here at Christmas with presents for the kids, just to make sure they had a Christmas,’ she said. ‘They wouldn’t even let us in.’

She added that they only met their granddaughter once and were not allowed to take pictures of her – and that they learned about the death on the news.

Police and paramedics were called to the family’s house in Eden by the parents after they said they found her not breathing. The little girl was rushed to Morehead Memorial Hospital where she was pronounced dead.

Police interviewed the parents about the details leading up to the girl’s death and while investigations were underway, the couple moved out of their home.

When authorities went back for a final interview, they found that the parents were missing and arrest warrants were issued after they failed to attend a scheduled meeting with social services.

The couple had fled to a relative’s vacant trailer in Caswell County and were discovered when the relatives went to check on it. They then contacted authorities.