The police in Plateau on Thursday said it arrested six manufacturers of proliferated arms and ammunition and nine suspected armed robbers. 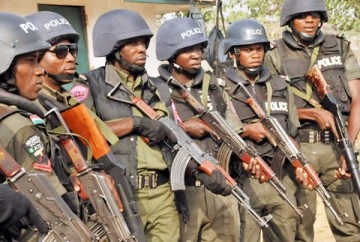 The Commissioner of Police in the state, Mr. Chris Olakpe, made this known when he presented the suspects to newsmen in Jos.

Olakpe said that most of the suspects were apprehended from the Barikin Ladi Local Government Area and within Jos metropolis.

“We have made frantic efforts to reduce criminal activities to the barest minimum in the state, particularly crime wave in respect to armed robbery, proliferation of small arms as well as car and motorcycle theft.

“In the last investigation that led to this arrest, a high manpower material combination was used, especially in Barikin Ladi, where arm manufacturers and their implements, were recovered.

“We have vowed to ensure that criminal activities are reduced to the lowest level in Plateau and my men will not relent until our aim is achieved.

“We shall continue to do our best,” he said.

He further assured that the command would ensure that there was no space for criminals to perpetrate their evil acts, saying “we will not give them a breathing space”.

The commissioner also said most of the suspects were arrested by the police severally, but that they were later released and re-arrested.

Olakpe said that the force would ensure that they face the full wrath of the law.

He said seven riffles, four pistols, three arms and 11 rounds of 7.62 ammunitions, 11 vehicles and four motorcycles were recovered during the operation.

He called on the owners of the recovered vehicles and motorcycles to claim them from the command’s headquarters with appropriate documents.