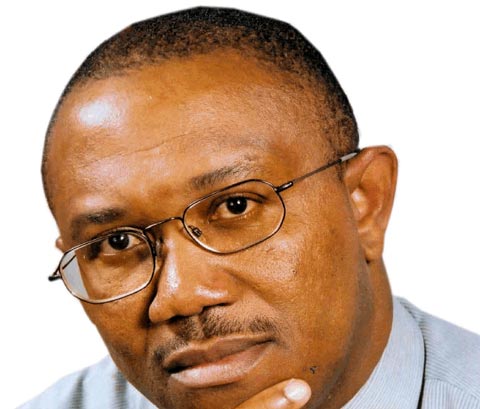 Former Central Bank of Nigeria (CBN) Governor and Peoples Democratic Party (PDP) candidate in the 2010 Anambra gubernatorial elections, Professor Charles Chuwkwuma Soludo, has pleaded with Governor Peter Obi of Anambra State to rescind his decision to quit the political arena at the expiration of his current tenure in March, 2014.

Soludo, who spoke at his home town of Isuofia on Sunday during a memorial service in honour of his mother-in-law, Mrs. Gloria Ezenwanne, described Mr. Obi as “a man of destiny”, whose disciplined and godly life had ensured his success in life.

“Well, let us wait till that time”, he said, adding “Before he became governor, he probably did not know what plans God had for him.”

Prof. Soludo, whose tenure as CBN Governor led to the world acclaimed ‘bank consolidation’, expressed optimism that “Even if the governor had made up his mind to quit, God may decided to use him to serve the country in another capacity.”

He further commended Gov. Obi for laying a solid foundation for sustainable development in the state which he said future administrations could build upon.