A young man was hit by a moving train this past weekend as he was walking into on the tracks along Agege motor road by Airport bus stop, Ikeja. 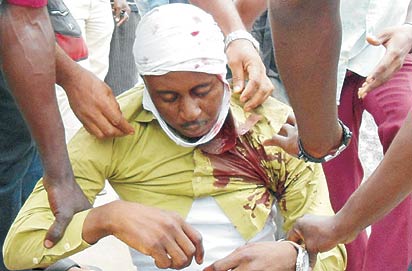 According to reports, the man had his ears covered with ear phones as he walked on the train tracks which prevented him from hearing the train approaching. He was then knocked down by the moving train.

Sympathizers approached the scene of the accident and proceeded to rescue the man. As at the time he was rushed to Ikeja General Hospital, the man was still alive but his head was battered.

His current state of health cannot be ascertained at this time.