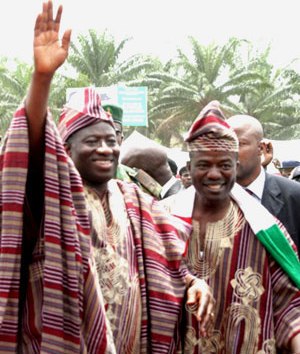 Olubolade’s declaration has brought to 25 the number of candidates vying for the Peoples Democratic Party (PDP) ticket for the elections.

The Minister, a former Military Administrator of Bayelsa State, spoke made his intention known on Friday at a press briefing held at his country home in Ipoti-Ekiti, Ijero local government area of the state.

According to Olubolade, 58, he decided to throw his hat in the ring to stabilse the PDP and ensure it was provided with a leadership which could garner the needed respect among people of the state.

He justified his decision to contest on his position as a party leader which makes him the most experienced among the party’s other aspirants.