Men of the Plateau State Police Command have rescued an eight-month old baby girl, who was allegedly sold by her grandmother in Jos, Plateau State. 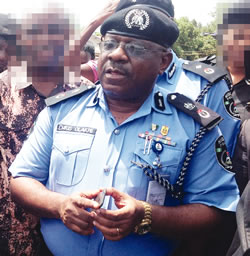 It was gathered that the baby was sold in Jos few weeks ago, but was rescued in Onitsha, Anambra on Wednesday.

She was rescued by men of the ‘A’ Division of the state police after a complaint by the mother and a tip-off by some members of the public.

A police source said that the mother of the baby was allegedly impregnated by her boyfriend while she was staying with her grandmother at Rukuba area of Bassa Local Government.

The grandmother was said to have been displeased with the birth of the baby and sought to dispose of her secretly.

The source said, “The baby was rescued after a painstaking investigation because she was sold and resold many times. Our men went to Onitsha and they came back with the baby in the early hours of Thursday (yesterday).

The command Police Public Relations Officer, Mrs. Felicia Anselm, who confirmed the incident to our correspondent on Thursday, said after the last buyer bought the baby, she put her in a baby’s home.

She said the grandmother has been arrested and is being interrogated by the command.

she added, “The baby is now in our custody and she is doing well. We are investigating the incident to ascertain the culpability the grandmother and all her accomplices.”