Kaduna — A staff member of the Kaduna Electricity Distribution Company (KEDC), an affiliate of Power Holding Company Nigeria (PHCN), got electrocuted this weekend while attempting to connect a high tension wire to a feeder line that served a residential building at Jankasa in Malali New layout of Kaduna North local government area of Kaduna State. 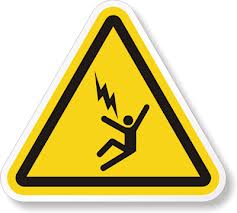 The KEDC staff, identified as Rafiu Adebayo, was asked to help connect power to the residence of one Alhaji Mohammed, who was said to have ran away when the incident occured.

According to witnesses who preferred anonymity, the man was in the process of doing the connection when power was suddenly restored to the neighbourhood.

“We started hearing shouts from his colleagues who were working with him and we rushed out to see the almost lifeless man on the pole.

“The other PHCN staff pulled the ladder from under his feet and used it to cut off the live wire and he fell and was immediately taken to the hospital. We don’t know if he is still alive but we saw some of his colleagues crying,” they said.

Another witness further informed that he heard the man was rushed to the Saint Gerard’s Catholic Hospital.

It has been confirmed that he was brought in a critical condition and was being attended to at the emergency unit of the hospital.