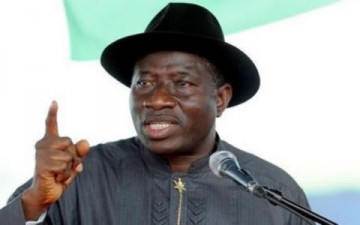 Uncomfortable with the inflammatory utterances attributed to politicians across the length and breadth of the country, the Presidency has warned that such comments could endanger the nation’s growing democracy.

The Chief of Staff (COS) to the President, Chief Mike Oghiadomhe, who stated this in a chat with State House correspondents in Abuja, recalled the devastating effects of the Nigerian civil war on its victims, for those old enough to remember and even more recently, the crisis in some northern states.

According to him, “We should never at anytime believe or take anything for granted. We are Nigerians. We have no other home like Idiagbon and co said in those days and we cannot afford to push ourselves into the situation some misguided other countries have found themselves.”

“For those who are old enough to remember what happened between 1967 and 1970. At times, it is good that you people play back your clips on humanitarian effects between 1967 and 1970 when people saw the face of hunger, the face of kwashiorkor to show that when you talk of HIV/AIDS today they are nowhere comparable when they see distress, dislocation, and displacement.”

He noted that Nigeria could not afford to push herself into the unfortunate situation some crisis-ridden countries have found themselves.

Oghiadomhe, a former deputy governor of Edo State, added that politicians, who had the tendency to read political meanings into every action of the Goodluck Jonathan-led administration, were ignorant as they were in no position to directly feel the impact of the numerous challenges confronting the administration on all fronts.

While praising the media for its role in helping the President in his efforts to tackle the security challenges bedeviling the nation, the COS urged them to properly guide politicians on national development.

According to him, “Let me say that while recognising the fact that you (the media) have been very supportive of this administration, you can see that for some strange reason people are deliberately heating up the polity in Nigeria today.

“When you overheat the polity it is not in the general interest of Nigerians. Some people may feel that politics is a competitive business and they are doing this against the ruling party or against an interest or whatever but politics must be played within a reasonable criteria and whatever we do we must avoid those things that would threaten the corporate existence of the country, those things that can derail democracy.

“So we should as much as possible because you (the media) are also the conscience of society refrain from joining the politicians in their fight. You must mitigate, the politicians must help to mitigate. When the politicians are going mad, don’t report them in that madness because that inflames the society,” he stated.

Oghiadomhe observed that some politicians in their desperation to further their own nest use the media, a development he said calls for exercise of restraints by the media because “the consequence of that inflammation will not affect that politician alone. He’s just driving his own personal interest. He doesn’t care how it will affect the corporate entity called Nigeria.”

“If you want to lie against somebody now you call a media person and do your manipulations and tell a lie because you want the society to learn something that is not true and not good about that person You must avoid being used because overall in all of this it will turn round to affect all of us,” he stated.