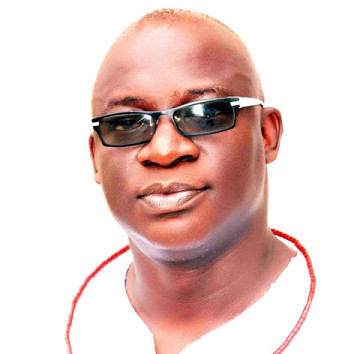 President Goodluck Jonathan on Sunday said he received with shock and sadness news of the passing away of the Senator representing Delta Central, Pius Ewherido.

In a statement signed by his Special Adviser (Media and Publicity), Dr. Reuben Abati, the President extended his condolence to the deceased senator’s family and the entire Senate.

The statement said, “The President joins them, members of the Ewherido family and the government and people of Delta State in mourning the distinguished legislator, who served commendably as a member and deputy speaker of the Delta State of Assembly before his election as the Senator representing the Delta Central Senatorial District in the 2011 general elections.”

Senator Ewherido, 50, died on Sunday at the National Hospital, Abuja, of complications resulting from a domestic accident.