Ghanian police are questioning a couple over alleged mistreatment of their kids after locking three children in a house in Accra for years possibly to try to protect them from society’s evil. 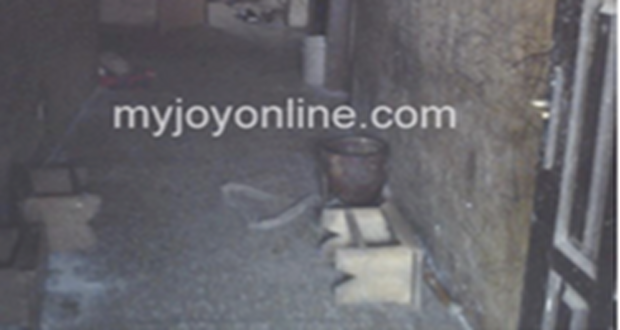 Police stormed into the four-bedroom house in Ghana’s capital Accra after a tipoff and rescued the children aged 8,6 and 2, Then later discovered that the children were living with a goat,sheep and some dogs in the same house.

Police immediately arrested the man and his wife but they have been set free on bail, and the children were placed with social services, said Inspector Agnes Ajo-Awuku, of the police Domestic Violence and Victims Support Unit.

The children appeared confident and were not traumatized. They spoke English, which they apparently learned from television and radio, and some of the Ghanaian language, Ga, Ajo-Awuku said.

“They abused (the children), denied them their rights and freedom of going to church and going to school. The environment they are living in is very, very dreadful,” she told Reuters, adding that the parents said the world was evil.

Entering the corridor leading to the room where the children were kept, one is greeted with a strong stench, a good sign of the poor conditions under which the children live.

The children’s room was an eyesore. Everyone coughs because of the foul smell there

Relatives of the family said they were not aware of the existence of the two younger children and the parents had prevented them from entering the house for years, Ajo-Awuku said.