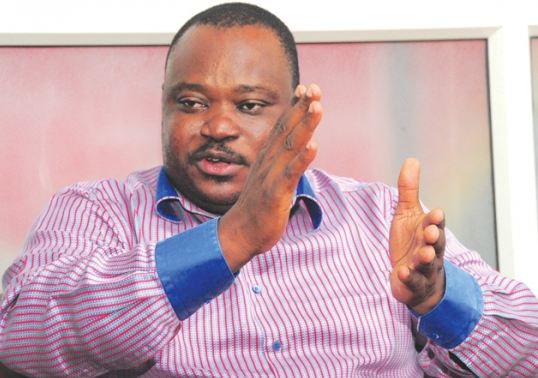 Billionaire businessman and Group Managing Director of Energy Group Conglomerate, Barrister Jimoh Ibrahim, has berated a section of the social media for circulating baseless and unfounded rumours about him.

Piqued by the development, he challenged those involved to come out in the open, if they are capable of withstanding the legal consequences of their actions.

In a press statement issued on Monday, Ibrahim said his attention had been drawn to false information circulating on the internet about Air Nigeria and a purported invitation to him to deliver a lecture on anti-corruption in the United Kingdom.

He said the statement was false as he did not receive an invitation to deliver any lecture on corruption in England.

However, he stated that the only invitation he received was from the Nigeria Police to deliver a lecture in Lagos, two weeks ago to which he had informed the state Commissioner of Police that he would not be able to present the lecture personally but mandated the General Counsel of Energy Group, who prepared the paper, to deliver it on his behalf.

He pointed out that the police, in return, sent a plaque to him in appreciation of the gesture.

Ibrahim warned “jobless people, who have nothing to do to return to university classrooms for proper education, since their degrees have expired.”

He further alluded to the fact that governments of various countries and Harvard Law School students had extended invitations to him in the past to give lectures, noting that only last year, he delivered a lecture in Chicago, United States, at the African-American Business Roundtable, which was co-sponsored by the government of the United States and government of several African nations.

On his investment in Air Nigeria, Ibrahim said “I bought Air Nigeria with my money,” adding that it was left for him to do what he liked with it.

“It is not a crime to sell my shares or stop it from operations,” he said, adding that he had no apologies for those shedding crocodile tears on the matter.

Not done yet with those who would seek to criminalize him, Ibrahim said they should be bold enough to initiate civil proceedings against him and “get themselves disgraced” in the process.

Ibrahim, who signified his interest to expand his business empire, noted that he had not acquired up to 50 per cent of assets held by Bill Gates (the world’s richest man), adding that the world still owed him a lot of assets to acquire and advised the public to disregard such fake allegations being sponsored by businessmen who could not withstand competition.

He said as of last count, his conglomerate had over 10,000 people on its payroll worldwide.