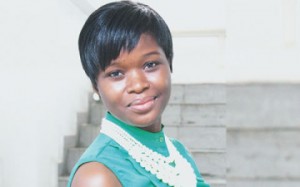 The Editor, Sunday PUNCH, Miss Toyosi Ogunseye, has been named among the 27 finalists in the prestigious CNN Multichoice African Journalist 2013 Awards.

Ogunseye, a previous winner of the award in the MSD/Health Category in 2011, has to her credit multiple awards, the latest being Nigeria’s most prestigious science media award.

She was in April adjudged Science Journalist of the Year (2012) at the prestigious Nigeria Academy of Science Award.

In 2010, she was named Judiciary Reporter of the Year by the Diamond Awards for Media Excellence; MDG Journalist of the Year and won the Business and Social Responsibility of the Year category at the Peak Media Awards.

Ogunseye holds a Bachelor’s degree in biochemistry, a post-graduate diploma in print journalism and a Master’s degree in Media and Communication.

Chairman of the independent judging panel of the CNN Multichoice Award, Ferial Haffajee, while announcing the finalists on Monday, said the winners of the competition would be made known at an Award Ceremony and Gala Evening in Cape Town, South Africa on October 12.

According to Haffajee, the competition, which is now in its 18th year, received entries from 42 countries across the continent.

But he said only 27, among whom were three Nigerians, from 11 countries, emerged in the final list.

Other Nigerian finalists shortlisted along with Ogunseye were Geoff Iyatse of The Guardian, Tolu Ogunlesi, a freelance for Ventures Africa.

The entries received by the competition, according to Haffajee, included those from French and Portuguese African countries.

South Africa and Ghana produced five finalists each. Other finalists on the list, including the Nigerians, are nationals of Angola, Kenya, Mauritius, Senegal, Mozambique Uganda, Algeria and Egypt.

Announcing the finalists, Haffajee said, “A tough table of judges was often visibly impressed by the range of stories presented to us.” [Punch]