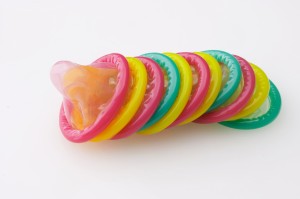 Pakistan has pulled a condom commercial off the air following more than 1,000 complaints that its broadcast was immoral during the fasting month of Ramadan.

The commercial features a couple wondering how their neighbor managed to land a glamorous wife, only to have the beaming husband reveal his secret – a packet of “Josh” condoms. “Josh” translates as “excitement” in Urdu.

“People who complained didn’t want such an immoral advertisement on television during the holy month … They wanted us to take action,” said Fakharuddin Mughar, a spokesman for the Pakistan Electronic Media Regulatory Authority.

The advertisement had been voluntarily pulled by the Pakistan Broadcasting Association, he added.

Pakistan is an overwhelmingly Muslim country, where many people scrupulously observe the holy month of fasting and prayer.

It has a long history of banning items considered offensive. The YouTube video-sharing website has been banned for nearly a year after complaints that it carried material offensive to Muslims.

In another example, women in northwest Pakistan were banned last week from shopping unaccompanied during Ramadan, lest their presence distract men.