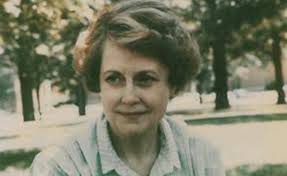 The remains of a New York schoolteacher who disappeared nearly 28 years ago have been discovered hidden in a false basement wall in the house where she lived with her husband, police said on Tuesday.

JoAnn Nichols was 55 years old when her husband James reported her missing in 1985, police in Poughkeepsie, New York, said. He died in December of natural causes, they added.

The remains were found when a contractor was asked to clean out the wood-frame house in Poughkeepsie, about 65 miles north of New York City. The house was filled with hoarded items and garbage, they said.

The remains were identified as belonging to the missing woman on Monday through dental records.

James Nichols told detectives he last saw his wife when he left for work at IBM in December 1985, according to Poughkeepsie Journal archives.

Her body was discovered wrapped in a sheet and plastic bag, tied with rope and placed in a fetal position inside a plastic container that was found in a false wall, said Kari Reiber, the county’s medical examiner.

The location where she was found was enclosed, which might have helped hide the body’s existence, she said.

“There might have not been any odor, even if she was there for a long time,” Reiber said.

“She was struck in the head,” she said. “It is being ruled a homicide.”

After Nichols went missing, her husband was never ruled out as a suspect, said Poughkeepsie Police Captain Paul Lecomte.

Nichols taught her last class on December 20, 1985, when school let out for the winter holidays. The next day, she failed to show up for a salon appointment, according to the local newspaper’s archives.

The couple had one child, who drowned at age 25, three years before Nichols’ disappearance.