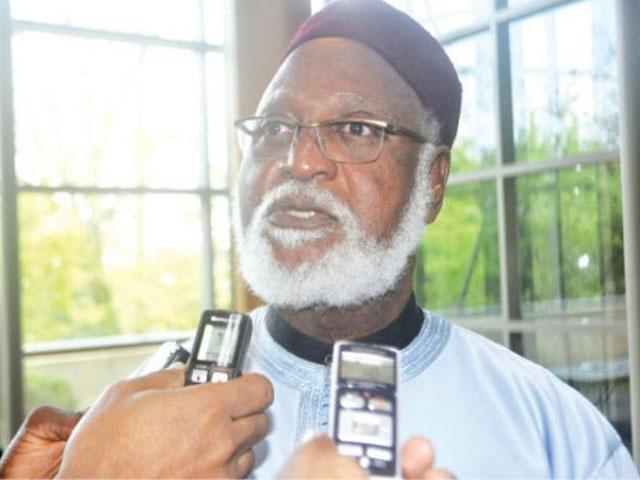 Former Head of State General Abdulsalami Abubakar (rtd) yesterday pleaded with warring factions in the Rivers State political fracas to put aside their differences and reflect on what they are doing in order not to derail the nation’s democracy.

Abubakar made the remark when members of the Niger correspondents’ chapel of the Nigeria Union of Journalists (NUJ) visited him in his Minna home.

“I hope that the politicians will try to put a break and reflect on what they are doing in order not to truncate democracy,” he said.

“In democracy there is limit to what freedom is all about. Your freedom stops when you start to infringe on others freedom”, the former military ruler noted.

Abdulsalami stressed the need for politicians to take note of this and check themselves, pointing out that “certainly, what is happening in Rivers is sad.”

While praying for the peace of the country without which he said no nation would exist, the African Union (AU) appointed Peace Ambassador explained that “Having been involved in peace process around the world on behalf of the African Union (AU), I always advocated for peace in our nation because I’ve seen the devastation of unrest in other countries. I pray the tidings of Ramadan would abide with all of us”.