R*pè In Church: The devil used me – Bishop 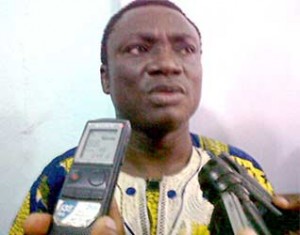 MANY found it hard to believe. They made calls to confirm if those  close to the bishop had heard the story.

But the  ‘man of God’ himself told the story before journalists at the State Criminal Investigation Department, SCID, Port Harcourt, Rivers State.

He blamed it on the devil and also accused his host as the one who set him up. According to the cleric, after he finished ministering, he retired to rest. The girl later came for deliverance.

He said that while he was pleading the blood of Jesus on the little girl, she started removing her dress. Before he could restrain her, he said he found himself on top of her.

“But to my greatest surprise, I was surprised when I saw her pulling off her blouse and skirt. But, before I knew it, I had a carnal knowledge of her. That is the truth of the matter.”

His head suddenly dropped after the confession, then went up again; this time he said anybody could have fallen for it.

According to him, when he realised he had sinned against God, he called some junior pastors to tell them what he had done to pray for him.

Nwabueze said he took a second look at the little girl who probably was still lying nude and waiting for a second round and what he saw pissed him off.

“She started laughing at me. She said ‘are you angry?’ I told her that I did not know she had hypnotised me. She said I should not bother,” the bishop said.

“I was so angry and annoyed that I called some of my pastors and made a confession, that I did not know what was happening.”

Nwabueze said it was not true that he rapèd the girl, stressing that it was a consensual act. He also dismissed the  allegation that he later procured abortion for the girl when the father called to inform him that she was pregnant.  According to him, it was the girl’s father that did it but he paid the bills.
The bishop maintained that the pastor of the church where he went to preach set him up and he fell for it.

“We have different Colleges of Bishops. I am the Chairman of  the Communion of Bishops in Rivers State. Well, what actually happened was a set up. It was set-up by my enemies. I have so many people who are my enemies. The man in-charge of where I went to minister is my enemy. He is the person that set me up,” he stated.

“He invited me to his church for a programme, claiming  to be my friend. After the programme, he set me up because of  the tussle over the chairmanship of the communion.”

Meanwhile, the police have advised Christians to be vigilant and ask the right questions sometimes on the actions of some pastors. This way the police said, Christians could different between true and fake pastors.

Deputy Commissioner of Police in charge of  Rivers SCID, Mr Samuel Okaula, who paraded the bishop and a male nurse who allegedly facilitated the abortion, also said people should be conscious of worship centres. He said Nwabueze would be arraigned before the court to serve as a deterrent.
Reacting to the development, Executive Director, Institute of Human rights and Humanitarian Law, IHRHL, Mr Ayankwee Nsirimovu, described the action of the bishop as unfortunate as  it was done by one in a position of spiritual trust.  He said the incident was one case out of  the experiences of under aged girls, married and single women in the offices of  randy bishops and clergy men.

Share
Facebook
Twitter
WhatsApp
Previous articleMan Says He’s Sorry For Defiling His Two Daughters
Next articleFG Begs ASUU To Resume For The Sake Of Students
- Advertisement -Ad ==> Discover how a young Nigerian graduate now makes a consistent 40k per week doing a legitimate online business. You too can start yours now, click here!!!