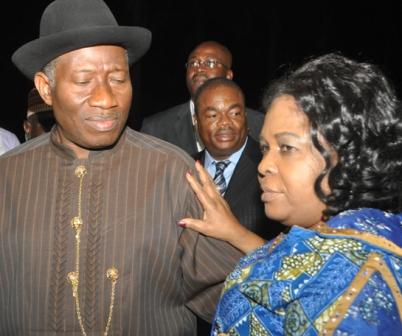 The leadership of Peoples Democratic Party (PDP) in the South-South zone, has expressed satisfaction with President Goodluck Jonathan’s mid-term performance score-card just as it passed a vote of confidence on the President for stabilizing the national economy and enhancing security of lives and property.

In a communiqué it issued after its Zonal Working Committee (ZWC) meeting held weekend in Asaba, Delta State, the PDP leadership also commended Mr. Jonathan’s effort in the fight against insurgency and other related crimes in the country.

They also commiserated with the First Lady, Dame Patience Jonathan on the recent passing of her beloved mother, praying God to grant her the fortitude to bear the irreparable loss.

On the crisis in Rivers State, the communiqué, which was signed by the zonal chairman, Dr Steve Oru and the publicity secretary, Mr Omo-Owo Okpokpo said, “ZWC condemns the breakdown of law and other in Rivers State and appeals to all the warring factions to sheath their swords.

“On tour of some facilities, the committee was satisfied with the level of infrastructural development in the areas of education, network of roads, healthcare, aviation and sports. The committee commends the Governor for providing purposeful leadership in Delta State and for the giant strides he is taking to make the State first among equals in the country.

“The ZWC urges all members of the party in the zone to remain disciplined and supportive of the party.”