A Saudi man and a woman have died from the Mers virus, raising the death toll from the Sars-like infection in the kingdom to 36, the health ministry said on Wednesday, as Hajj draws nigh.

Three others infected with the same virus, two in Eastern Province and one in Riyadh, have been treated, the ministry said on its website.

It said 62 people have been infected with the virus in the kingdom so far, down from a previous figure of 66.

The ministry did not clarify why it had lowered the number of reported cases of the disease, dubbed Middle East Respiratory Syndrome. 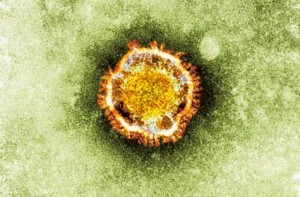 It said the latest victims were a 75-year-old man in the Eastern Region of Al Ahsaa, where an outbreak began in a health-care facility in April, and a 63-year-old woman in Riyadh, but did not say when they had died.

The latest deaths bring to 42 the number of people to have died from the virus worldwide to date.

The virus is a member of the coronavirus family, which includes the pathogen that causes Severe Acute Respiratory Syndrome (Sars).

Sars sparked global panic in 2003 after it jumped to humans from animals in Asia and killed some 800 people.

Like Sars, Mers appears to cause a lung infection, with patients suffering from fever, coughing and breathing difficulties. But it differs in that it also causes rapid kidney failure.

While most of the cases have been concentrated in Saudi Arabia, the Mers virus has also spread to neighbouring Jordan and Qatar.

Cases have also been found in France, Germany, Italy, Tunisia and Britain, although most of these patients had been transferred for care from the Middle East or had travelled to the Middle East and become ill after they returned, the World Health Organisation said. [AFP]