Home Metro News Senator Yerima Responds To Critics, “I Can Give Out Any Of My...
Facebook
Twitter
WhatsApp 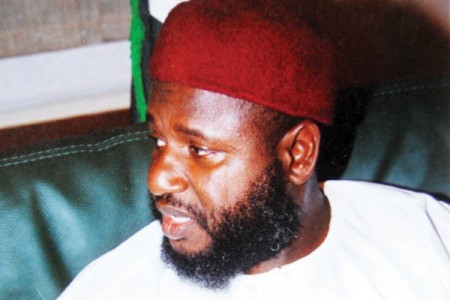 The Senator purportedly drew the ire of a cross section of Nigerians when during a debate to consider the proposed deletion of Section 29 (devoted mainly to Citizenship), Subsection 4 (a) (b) of the 1999 Constitution of the Federal Republic of Nigeria (as amended) by the Senator Ike Ekwerenmadu-led Senate’s Constitution Review Committee, he forced the hand of the Senate President, David Mark to re-take a vote which had already been taken and carried by the required two-thirds members of the Senate (73 of 109).

To get a clearer picture, Section 29 Subsection (1) states: Any citizen of Nigeria of full age who wishes to renounce his Nigerian citizenship shall make a declaration in the prescribed manner for the renunciation of this section.

While the controversial Subsection that led to outrage (4) states for the purposes of subsection (1) that (a) “full age” means the age of eighteen years and above;
(b) any woman who is married shall be deemed to be of full age.

It was at this point Yerima invoked a point of order citing Item 61 of Part 1 of the Second Schedule of the Constitution which bars the National Assembly from legislating on matters of formation, annulment and dissolution of marriages under Islamic and Customary laws.

Now, under Islamic laws, any woman that is married is of age whether she is up to 18-years or not. Therefore, the Senator argued that putting the age limit at 18, contravenes Islamic law.

Even though he was initially ruled out of order by the Senate President, “considering the controversial nature of the clause”, a second round of voting was done and this time, Senator Yerima’s argument swayed majority of his colleagues, who voted to retain the clause.

That was the origin of the controversy that has led to a social media campaign condemning girl child marriage with Yerima being at the receiving end.

Notwithstanding, a post seen on former Aviation Minister, Femi Fani-Kayode’s Facebook wall, revealed that Senator Yerima is unshaken by the public display of anger towards him as he purportedly stated, ”Nigeria has many uncountable problems and none of them is early marriage. As a matter of fact early marriage is the solution to about half of our problems.”

According to the Facebook post, Yerima is quoted as saying that as a true Muslim, he can give out any of his daughters out in marriage at the age of 9 or 13, even as young as six and he warns, “Its not your business.”

He argues further, “In Islam, a girl can be given out in marriage as early as six years old, but consummation of the marriage can only be done when the girl becomes physically mature and she gives her consent to it because unlike English law, it is not permissible for a man to rape his wife in Shari’ah Law.”

The highly controversial Senator goes on to list a plethora of evils associated with not allowing girls marry at a much younger age saying he lives in a city where girls as young as 12 have already become “serial fornicators” and cannot count the number of men they have slept with. He adds that not allowing early child marriage is one of the causes of prostitution, teenage pregnancies and illegal abortions among teenage girls.

And as if to indict public office holders, Yerima reveals that government officials pick undergraduates from University car parks with Coastal Buses to attend their wild immoral parties.

These evils, he concluded, are a general problem not his own; as none of his daughters are involved. “So ask me again why I support early marriage and I will slap the Jinn out of your head”, Senator Yerima warns.