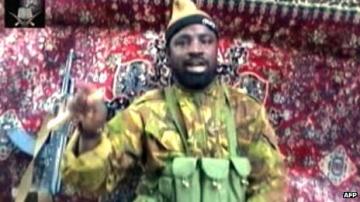 The leader of Boko Haram, Sheik Abubakar Shekau, has said he supported the July 6 attack on Government Secondary School, Mamudo, Yobe State that left over 30 students dead, but did not claim responsibility for the massacre, in a video obtained by AFP Saturday.

In the 10-minute video speech, Shekau said, “We fully support the attack on this Western education school in Mamudo”.

The mostly Hausa language message shows Shekau, designated a global terrorist by the United States, kneeling on a mat with a Kalashnikov resting on his left shoulder.

However, Shekau did something rare towards the end of the video as he speaks in English for several seconds.

About three secondary schools have come under attack in the north-east Nigerian state of Yobe by gunmen who threw explosives inside dormitories and opened fire on their victims as they attempted to escape.

In apparent support of these unwarranted attacks on students in the state, Shekau voiced support for them, describing all “Western education schools” as a “plot against Islam”.

He however stopped short of claiming to have ordered the killings.

“We don’t attack students,” he stressed in the video which AFP said was delivered in a manner consistent with previous statements from the Islamist leader.

Shekau, in the message, also punctured the Federal Government’s claim that the Islamist extremists had agreed to a ceasefire deal in the spirit of Ramadan.

Some few days ago, the Chairman of the Presidential Committee on Dialogue and Peaceful Resolution of the Security Challenges in the North, Alhaji Kabiru Tanimu Turaki had claimed that Abubakar Shekau was involved in the current ceasefire deal.

He was quoted as telling State House correspondents in Abuja, “When a minister speaks on behalf of the Federal Government, you wouldn’t say you must see the President or the Vice President there. We’ve spoken with somebody who is second in command as far as Boko Haram is concerned and he has informed the media that he has been discussing with us with full knowledge and authority of Imam Abubakar Shekau; so, we’ve no cause to doubt him. We’ve done checks on him just as they (the sect) have done checks on us also, and we’ve realised that yes, we’re dealing with the proper people and with the proper leadership of the organization”

But Shekau poured cold water on the claim saying, “The claim that we have entered into a truce with the government of Nigeria is not true,” adding, “We don’t know Kabiru Turaki; we have never spoken with him. He is lying”.