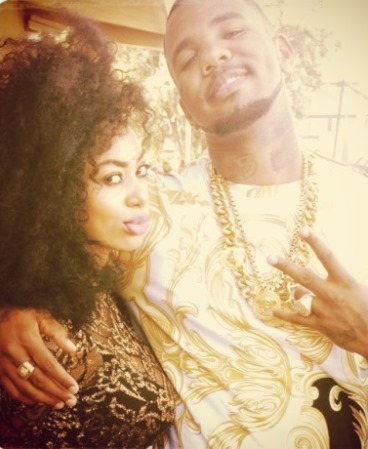 Rapper Ice Prince and singer Dencia were the two most recognizable Nigerian faces at the recently concluded BET Awards and apparently, both of them are still in the U.S having fun.

Dencia was photographed with famous rapper The Game and singer/actress Christina Milian at the ESPY Awards pre-party hosted by The Game.

The lavish party held yesterday July 16th in Los Angeles and lots of U.S celebs were in attendance.