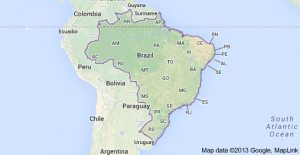 A cow fell through the roof of a house in Brazil, killing a sleeping man and narrowly missing his wife, authorities said.

The 1 1/2-ton cow had gotten out of a hillside pasture in Caratinga and wandered down the slope and on to the roof of Joao and Lena Maria de Souza, which quickly gave way.

He died of internal bleeding while waiting for treatment at a hospital.

“Being crushed by a cow is the last way you expect to leave this earth,” his brother-in-law told the Brazilian newspaper Hoja em Dia. “In my view it wasn’t the cow that killed our Joao, it was the unacceptable time he spent waiting to be examined.”

The Daily Mirror said the Civil Police in Caratinga began in investigation into the strange death.

Share
Facebook
Twitter
WhatsApp
Previous articleSinging May Be Just As Healthy As Yoga, Scientists Say
Next articleSnakes In A Restroom Send Israeli Man To Hospital After He Got Bit In The Manhood
- Advertisement -