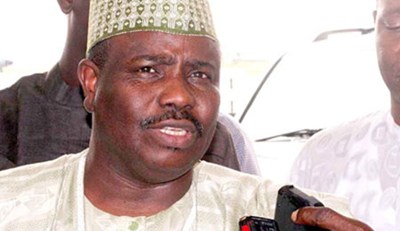 Speaker of the House of Representatives, Hon. Aminu Waziri Tambuwal, yesterday, gave a clue on how the House arrives at certain decisions saying the over-riding interest of Nigeria and its people comes first before party affiliation.

He said it was that principle that binds members of the House together whether serving or out of office.

Speaking in Benin City, Edo State, during the birthday and silver jubilee wedding anniversary of the Deputy Governor of Edo State, Dr Pius Odubu, who is a former member of the House of Representatives, Tambuwal said: “In the House of Representatives, whether serving or out of office, we are all members of the same family. We are always consulting with ourselves and should anyone have an event, we take time out to be there. The Deputy Leader of the House who is supposed to be the number two PDP member of the House, Theo Ogogo of Isoko Kingdom, is seated here to support our brother the deputy governor. So many of us from different parties, ANPP, CPC, ACN, PDP are seated here.

“What concerns us as a House is the Federal Republic of Nigeria because we in the House represent constituencies that are delineated based on the population of the Nigerian people. And the moment you are elected a member, you are expected to serve and represent that particular constituency irrespective of which party platform you contested election and won. Therefore, whatever we do in the House we consider the federation of Nigeria as a basis of our decisions.”

The Speaker prayed God to further bless the marriage.

In his remarks, the celebrant, Odubu, called for the co-operation of all the people of the state for the Oshiomhole-led administration to succeed irrespective of party affiliation.