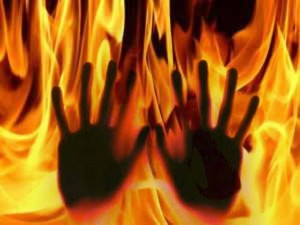 A teenage girl was on Friday burnt alive in a village in Uttar Pradesh’s Bijnore district, India.

Police said a home guard’s daughter had gone missing last month, only to resurface after three days from Unnao.

The family suspected Kiran, daughter of another Mudhaal villager Suraj Singh, to be behind the girl’s disappearance.

They therefore chased Kiran when she was returning after buying groceries, doused her in kerosene and set her ablaze in the middle of the road, in full public view.

The girl ran as she burnt, slumping just outside her home.

She was taken to a medical facility before being referred to the Bijnore district hospital where she died on Friday night.

The girl, in her dying declaration before an additional district magistrate, had named the assailants who are on the run.