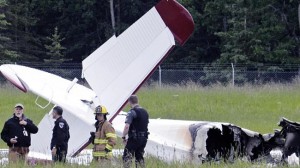 Ten people have been killed in a de Havilland Otter aeroplane that burst into flames at Soldotna Airport in Alaska, US.

The National Transportation Safety Board confirmed that the nine passengers and the pilot were killed in the incident, KTUU reported.

Clint Johnson, chief of the NTSB in Anchorage, said the de Havilland Canada DHC-3 Otter was taking off from Soldotna Airport.

Meagan Peters of Alaska State Troopers said the fixed-wing aircraft was engulfed in flames before firefighters could get to the plane. The victims have not yet been identified.

“There were no survivors located,” Soldotna Police Department wrote in a news release.