Shortly after the days of the Boston Marathon tragedy, it was publicly announced that an apparent assassination attempt had been carried out on President Obama. 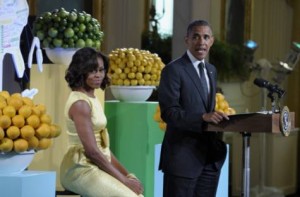 Letters tainted with the deadly poison substance ricin were detected, and the search for the culprit was immediately commenced.

Investigators came across the phrase “I am KC and I approved this message” within the letter, and the link seemed obvious when the sending address was considered.

The Tupelo, MS address led them to a local Elvis impersonator named Kevin Curtis who was reported to use that catchphrase frequently.

But, as any experienced investigator knows, the link could not possibly be that easy.

Curtis was baffled by the accusations, and snippets of interviews played nationally left us confused as to whether Curtis was guilty as sin or truly as bewildered as he claimed.

The guy was a fountain spewing an endless stream of hilarious quotes, and he case turned bizarre as he spoke of a man he believed was framing him.

As the case unraveled Curtis seemed less and less crazy and evidence led investigators to a new suspect, J. Everett Dutschke, who appears cornered by the trail of facts.

The facts and timeline of the case can be hard to sort out, but that’s what we’re here for.