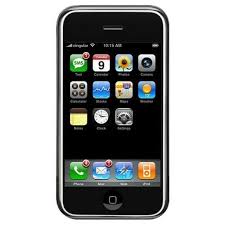 After Eliza Webb of Seattle, Washington learned her car was burglarized and the thief had left a cell phone behind, she decided to bypass the police and instead call the suspect’s mother.

Webb was headed to work and noticed that her car was a mess. Webb told KOMO 4 News, “Then I looked at the driver’s side seat and found a black cell phone. It’s not a cell phone I recognize, and then I started looking closer and we had some missing items.” Piecing the evidence together, Webb figured out that the phone belonged to whoever broke into her car. She decided to use the cell to call the suspect’s mom and request her sunglasses and running shoes back. “I said, ‘This is a very uncomfortable phone call to make. I have your son’s phone and I’m missing some things out of my car and I think they might be two related items,’ and she was devastated,” Webb recounted.

From the call, the theft victim learned that the phone belonged to a 19-year-old man and she went to recover her items from the thief’s home. Webb explained, “We knocked on the door and he answered in just sort of a defeated look. He looked like he had been crying.” The teen confessed that he and his friends got drunk and broke into at least 10 cars that night. After learning that she wasn’t the only victim, Webb proposed they go door-to-door together to track down the owners and apologize so the teens would take responsibility for their actions.

One of the neighborhood theft victims characterized the teen’s visit, “One was really sheepish, didn’t want to make eye contact. The other one looked at me and then looked down…And standing over there on my curb, was a woman who I’d never seen with her arms crossed.” They were not able to track down all of the victims so Webb is holding the remaining stolen items at her home until they can be identified. Webb said she just wanted the teens to understand the consequences of their crimes adding, “Sometimes when you get shamed or told that you did something wrong by somebody else it can stick.”