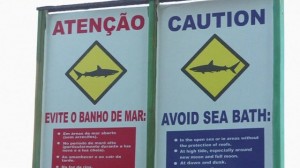 A young tourist has died after being attacked by a shark as she swam off a beach in northeastern Brazil.
Bruna Gobbi, an 18-year-old resident of Sao Paulo, was rushed to the Restauracao hospital in Recife after Monday’s attack.

“She lost a lot of blood” and died of her injuries after her leg was amputated, said a hospital official who asked not to be named.

“We knew there were risks of a shark attack but I thought this would occur in a deeper sector,” the victim’s cousin, Daniele Souza, told Globo television.

A total of 58 shark attacks, 28 of them fatal, have been reported over the past 21 years in Recife, one the most popular seaside resorts in the northeastern state of Pernambuco, according to a state agency that has been tracking shark attacks since 1922.