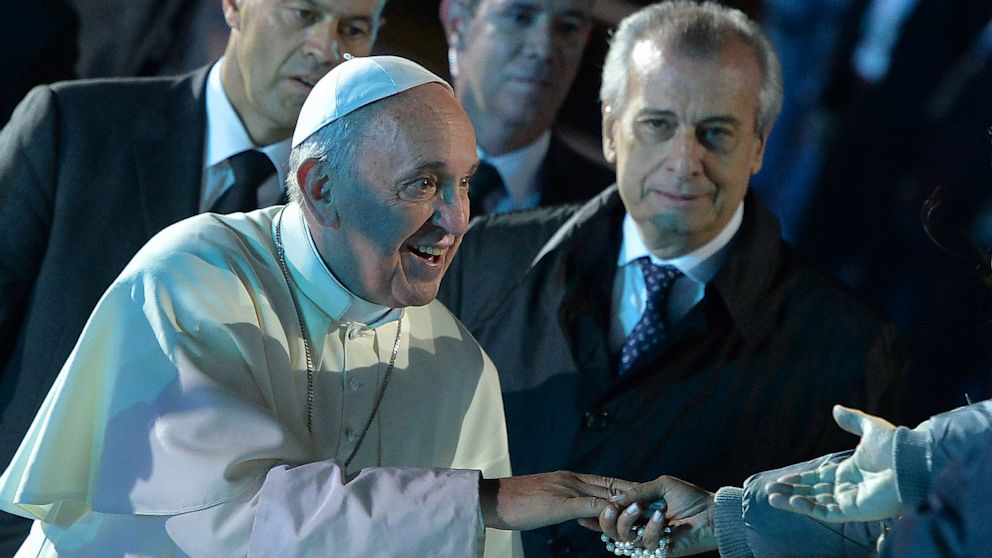 Pope Francis, in some of the most compassionate words from any pontiff on homosexuals, said gays should not be judged or marginalized and should be integrated into society.

In a conversation with journalists on board the plane bringing him back from a visit to Brazil on Sunday night, Francis defended gays from discrimination, but also referred to the Catholic Church’s universal Catechism, which says that while homosexual orientation is not sinful, homosexual acts are.

His predecessor, Pope Benedict XVI, authored a document that said men with deep-rooted homosexual tendencies should not be priests. Francis is being much more conciliatory, saying gay clergymen should be forgiven and their sins forgotten.

Addressing the issue of the so-called “gay lobby” within the Vatican, the Pope had this to say: “I have yet to find anyone who has a business card that says he is gay.

“They say they exist. If someone is gay, who searches for the Lord and has goodwill, who am I to judge?” the Pontific pondered. “The Catechism of the Catholic Church explains this very well. It says they should not be marginalized because of this orientation but that they must be integrated into society.

All priests take a vow of celibacy when they become members of the clergy.

The Pope said he had stayed away from the issue of gay marriage and also abortion on his week-long trip to Brazil because he wanted to stay positive.

Francis discussed a range of issues during the press conference, admitting that the church had not done enough to develop “the theology of women in the church.”

He said that the church had spoken on the issue of women priests and expressed itself clearly on the issue of abortion, but he added that important female biblical figures had been overlooked.

“Mary is more important than the apostles,” he said. “One must think about women in the church. We have not done enough theology on this.”

The press conference, which lasted for an hour and 20 minutes, was held during the flight back from his week-long trip to Brazil. Organizers estimate the event had attracted more than 3 million people.

History’s first Latin American pope said he was “pretty tired” but with a happy heart after his first overseas trip.

He said he was amazed at the number of people who turned out to see him in Brazil, especially the three million who jammed Copacabana Beach for Sunday’s Mass.

He added that he was unconcerned by the tumultuous start to the trip that included the discovery of a bomb at a shrine he visited and the mob scene that took place when his driver inadvertently made wrong turn.

“There’s always the danger of a crazy person, but there is also the Lord,” he said. “This being close is good for everyone.”