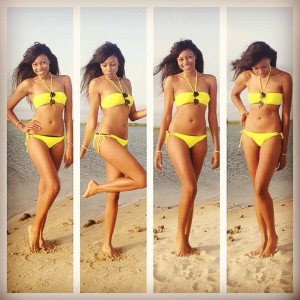 On the recent version of The Juice hosted by Toolz, the beautiful Ghanian actress, Yvonne Nelson gave us some hint on her life, love and passion.

Yvonne revealed further about her relationship with Iyanya, Ice Prince and Dammy krane.

She revealed that her relationship with Iyanya ended on her birthday, how their relationship was a joke to him and he had lot of other girls with him.

She sadly tells the story of what happened one time at Iyanya’s birthday party where she flew in thinking she was his main girl, not knowing that some other girls, some that even flew in for the party from South Africa were also there, believing they were his main chicks too.

She also gets to talk about her weight loss which she confirms she had to do for her career and to lead a healthy life.