While you can currently see him stomping kaiju in Guillermo Del Toro’s Pacific Rim or cleaning up London in the new series of Luther, Idris Elba’s next challenge is undoubtedly his biggest yet: playing Nelson Mandela in upcoming biopic Long Walk To Freedom. 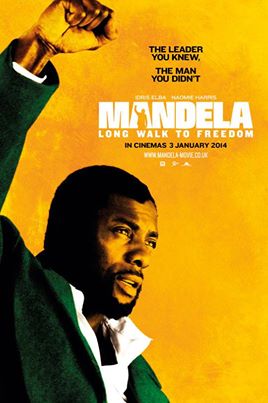 Directed by Justin Chadwick (The Other Boleyn Girl) and adapted from Mandela’s autobiography by William Nicholson (Gladiator), the film follows Mandela’s historic rise from political prisoner to the country’s first democratically elected President.

After months of speculation the first teaser is here, showing a towering Elba as an elderly Mandela, as he reads the famous line from Long Walk… “love comes more naturally to the human heart than its opposite.”