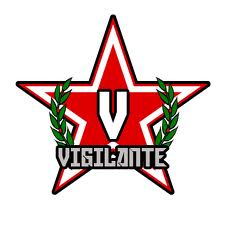 The incident occurred at Adigbe area of the state capital at about 1.00 a.m when a team of the vigilance service allegedly ordered residents of 18A, Sorinola Avenue, Oriyanrin, to open their gate for them to arrest suspected robbers believed to be hiding in the building.

Some of the residents who were mostly students refused to open the gate, suspecting the vigilante men to be robbers trying to play smart, according to an eyewitness.

The witness further explained that Moruf and Akeem went out from their rooms and opened the gate for them but one of the men of VSO opened fire on the two men killing them instantly.

The VSO still went ahead to force their way into the compound after shooting the two men and ransacked the rooms, while the victims were bleeding profusely, Vanguard reports.

The vigilantes were later said to have used their patrol vehicle to rush the victims to the Federal Medical Centre, Idi-Aba Abeokuta where they died following excessive loss of blood.

Sources say Moroof was a Business Administration student of MAPOLY who was on one-year Industrial attachment and Akeem was a staff of MTN. He got married seven months ago, according to a source.

According to findings, Akeem worked in Lagos but was in Abeokuta to attend a religious programme scheduled for 10.00am on Sunday.

He was said to have resolved to sleep with a family-friend because of the proximity of the house to the venue of the programme.

His driver, Abayomi Awoyajo was also said to have sustained injury after being battered by the members of vigilance during the raid.

Narrating the incident Abayomi said they were all inside when at about 1.00am ,the vigilante men came asking them to open the door.

“We all thought they were armed robbers, we started running helter-skelter, some of us hid in the wardrobe, while some hid under the chairs,” he said.

The 30 year old driver, also said the two victims in pool of their blood crawled back into the house,crying loud, while the vigilantes forced their way into the house to continue dealing with all of them in a brutal matter.

“They even asked for brother Akeem’s car key which I gave to them, but, could not be taken out because of the security device installed in it, we were later rushed to the hospital” he explained.

Members of the vigilante service involved in the act have now been arrested by the police from Adigbe station.

The case was said to have been transferred to Eleweran Police Headquarters, Abeokuta but the Police Public Relations Officer in the State, Muyiwa Adejobi could not be reached as at the time of filing this report. [Vanguard]