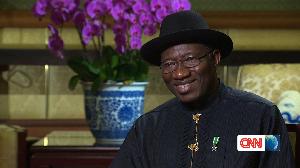 In what appears to be a big pointer to the lack of synergy in the Federal Government’s fight against terrorism, President Goodluck Jonathan has denounced the purported cease fire agreement entered into with members of the Boko Haram sect as announced last week by the chairman of the Presidential Committee on Dialogue and Peaceful Resolution of Security Challenges in the North, Alhaji Tanimu Kabiru Turaki.

Turaki, who also doubles as Minister of Special Duties in the presidency, last week gleefully told State House correspondents that his committee had achieved a milestone by getting the leadership of the Islamist sect to agree to a cease fire deal.

The minister was quoted as saying, “We have reached an understanding with them (Boko Haram) for ceasefire, which they have already directed and which we have accepted. We are working on the formal agreement which will follow in due course.”

But Mr. Jonathan, who appeared on Cable Network News, CNN’s ‘Talk Asia’ with Monita Rajpal on Friday, said his administration was already winning the war against terrorist groups in the country.

In his response to a question on the ceasefire talk, the President stated in very clear terms no such thing took place.

“No negotiation, no. In some other parts of the world, I don’t want to mention names here, it is not negotiation. The issue is that am not begging. But if you are somebody’s daughter and you are not doing what is right, if you are in a secondary school or you are in a school and people observe that this young lady is not doing what is right, the way she dresses, the way you talk, some people will come through the mother to talk to the daughter or your school teacher to do that. That is what we are doing. It is not negotiation”, Mr. Jonathan stressed.

He admitted that the concept of terrorism is totally strange to Nigeria but the security agencies were beginning to have a firm grip on the situation.

According to him, “Of course terror attacks and suicide bombing was not known in our country before. It is the newest security challenge we have and when it started as it were, we did not have the terror architecture and the time to deal with terror so we decided to deal with the ordinary criminals. But when it came we were taken aback but now we are building up. Recently, there was an attack in a school where 29 students were killed. But in terms of the frequency of the incident happening, it has gone down drastically and we are working very hard and I believe if you are to interview me again probably in three months time, you would praise me that the government has tried in terms of fighting terrorism in Nigeria.”

On the approach being adopted to fight the insurgents, he said: “Of course, you tackle terror from various angles. First of all, you must stop them or reduce their effect by military intervention. That we have done, and that is why we declared a state of emergency in the three states, where those terror attacks were predominant. In Nigeria, for you to enter a house, whether a living home, a factory or a religious place, you must get a search warrant approved by a court but where you declare a state of emergency, the security people are free to enter even your bedroom if they suspect there is a criminal there. So, the issue of state of emergency helps security people to search freely without contravening any law and we are doing that and it is helping us to apprehend a good number of them.”