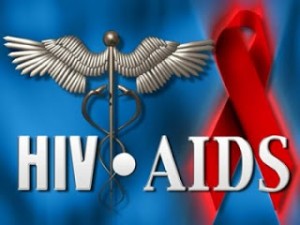 The cure for the dreaded Human Immuno-deficiency Virus (HIV)/Acquired Immune Deficiency Syndrome (AIDS) may be on the way soon with the report yesterday of two patients who were given bone marrow transplants to treat cancer remained free of the virus even after stopping HIV treatment.

The results presented at a meeting of the International AIDS Society in Kuala Lumpur, Malaysia may yield growing hope that the virus could someday be cured, not just kept in check with a cocktail of medicines as it is now.

Giving an update in an eagerly followed trial, researchers said an HIV-positive infant in Mississippi, United States, who was put on a course of antiretroviral drugs within a few days of birth had remained free of the AIDS virus 15 months after treatment was stopped.
In Boston, United States, two HIV-positive men who were given bone-marrow transplants for cancer also had no detectable virus 15 weeks and seven weeks respectively after stopping AIDS drugs, a separate team reported.
Both research projects are at an early stage and should not be taken as a sign that a cure for the human HIV is around the corner, researchers cautioned.
Even so, they said it strengthens the motivation for pursuing the once-unthinkable goal of eradicating HIV or repressing it without daily drugs – a condition referred to as a “functional cure” or “functional remission”.Indeed, an international non-profit organisation dedicated to the support of AIDS research, HIV prevention and treatment education has reported a breakthrough in the case of two HIV-positive patients who show no trace of virus following stem-cell transplants.Dr. Timothy Henrich of Harvard Medical School, United States yesterday reported that a 25 year-old amfAR-funded leadership research in the fight against AIDS has at last produced evidence of total cure. A statement by the organisation indicated that it is closing in on a total cure for AIDS globally.
Henrich’s patients had been on long-term antiretroviral therapy for HIV when they developed lymphoma. To treat the cancer, the patients underwent stem-cell transplants. Since the transplants, Henrich has been unable to find any evidence of HIV infection. With support from a special amfAR grant made possible by the Bucks County Friends of amfAR and the Joseph F. McCrindle Foundation, Henrich conducted a clinical study in which his research team withdrew the patients’ antiretroviral therapy and performed several sophisticated tests looking for signs of viral rebound in blood and other tissues. One patient has been off treatment with no detectable virus for approximately 15 weeks and the second patient for seven weeks, but it is too soon to draw any definitive long-term conclusions.

The first person to be cured of HIV, Timothy Brown (“the Berlin patient”), also underwent a stem-cell transplant to treat his leukemia. These new cases differ significantly, however, in that the stem-cell donors lacked the genetic mutation (CCR5 delta32) that renders a person virtually resistant to HIV infection.The statement posited that these findings provide important new information that might well alter the current thinking about HIV and gene therapy. It stated that stem-cell transplantation cannot be used on a broad scale to treat people with HIV because of its costs and complexity, but was optimistic that the two recorded cases could lead the team of researchers to new ways of treating- and ultimately even eradicating HIV.An estimated 34 million people are infected with HIV worldwide, and about 1.8 million die each year.The virus was first identified in 1981, and until the advent of anti-retroviral was essentially a death sentence, progressively destroying the immune system until the patient succumbed to pneumonia or another opportunistic disease.