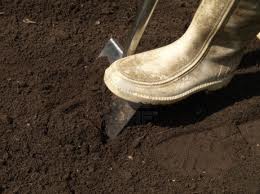 A U.S. Army team destroyed a 1960s-era military bomb an Alaska man dug up while using a bulldozer on his property, military officials said.

The man, whose name was not reported, was digging on his property in Copper Center, Alaska, Friday when he came across the bomb and called emergency dispatchers, the Anchorage Daily News reported Saturday.

An Army team from Joint Base Elmendorf-Richardson responded to the scene and evacuated the area within the 30-pound bomb’s expected blast radius, officials said.

“The good thing is there are only two houses in the vicinity, and one that was actually in the blast zone,” troopers spokeswoman Beth Ipsen said. “So that family just went somewhere else for a few hours.”

The team moved the bomb to a safe place and destroyed it, the newspaper reported.

“They think it was maybe a tracer bomb. Pilots would drop them in an area and it would discharge smoke, so they knew how close they were getting to the target,” Ipsen said. “So they believed it was already detonated but they didn’t know for sure.”