The song “Obodo” is still as evergreen as ever but the singer of the song, Ukeje Okechukwu Edward, a.k.a Mr Raw, formerly known as ‘Nigga Raw’ , disappeared from the music scene and only recently reappeared with a new album featuring 2Face Idibia. 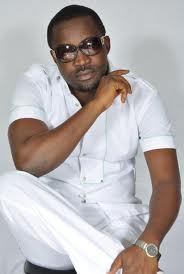 In this chat, role model of upcoming Hip Hop acts in Eastern Nigeria speaks on his absence, his music and why he changed his name from ‘Nigga Raw’ to ‘Mr. Raw’.

So what’s new about Mr Raw?

A lot of things are new about me because presently I am still recording songs and doing other businesses. And there are a lot of artistes I am actually trying to help push their songs under my label ‘Raw Deal Entertainment’. Presently, I have a new fifteen-track album titled ‘’ The Greatest “ featuring 2Face Idibia and some other acts.

And I can say the album is doing credibly well and two videos from the album titled ‘’Asanwa” and ‘’Forget Swagga ‘’ are already on air. Tell us about your Record label? My Record Label is called Raw Deal Entertainment. I started the Label in 2005 and presently I have three artistes who are signed onto the outfit. There’s nothing much about it.

Why did you decide to own a Record Label ?

It all started when I first released my first album” Right and Wrong” that was the album that contains ‘’Obodo’’, it made a big hit. After that album I decided to own my own Record Label since everything put into the production of the album was done solely by me.

Should we say the Record Label is actually taking your time enough to make you go off the scene for a while?

The Record Label has nothing to do with that, the thing is that I actually got myself involved in many other businesses within and outside the country. I am still very much around, doing my thing but the only difference now is that I don’t do just music alone anymore. I have other interests

Can we know those other things you have got yourself involved in?

What I mean is that I am into importation of goods within and outside Nigeria and I am also into properties like an investor. Let’s just say it’s a kind of retirement plan that could come handy when I finally bow out from music. It’s my back-up plan.

Now that you are married, how are you enjoying marital life?

I thank God I am doing great but another thing is that I like keeping my family life private. Though I have heard a lot of people saying that it’s because I got married that’s why I’ve been off the music scene, it’s not true. I just have to get something else to do other than music. Though at first it was only music but now it’s no longer music alone, I am now doing other things as well.

As a married man, how do you treat your female fans?

Let me be sincere and blunt with you; a female fan actually pushes more of our job than a male fan. Guys will always like to have fun and drink but if a female is passionate about your music she can go to any level to promote it even by making the guys love it. So one has to treat the female fans right because they are always there to groove and dance but men are just there too preoccupied with other things.

Also, when it comes to comedy shows, it’s the lady that pushes the man to take her out. So, for me I treat them like sisters, friends, fans and supporters. My marriage has nothing to do with the way I treat my female fans though some people do have wrong impression when you treat a lady too nicely. The fact that I am married doesn’t stop me from being close to my female fans.

Why do you usually rap in Igbo language?

Because I feel comfortable doing it and I got a lot of encouragement from the fans who have come to show they love it. So it’s just a decision I made and I am glad I did. Sometimes, people get surprised when I speak in English because most of them thought it’s because I didn’t go to school that’s why I rap in Igbo. Moreover, rapping in Igbo is my unique selling point too.

How exactly did you meet Klint the Drunk before featuring him in your song ‘’Obodo ‘’?

Actually we were friends back in Enugu, we used to perform in schools. He would be the MC while I sing and sometimes he cracked jokes and our other friends like Mc Lopgh, Smatter Man, Ernest Asuzu, the actor, also rapped too. I and ‘Klint the Drunk’ have been long time friends and I still wish to do something with him very soon. Why I featured him in my song is because everything about him is music, for example, if you listen to his comedy, what he does most is singing out the jokes.

What made you so popular?

I think it’s my ‘Igbotic’ rap. Like when I did the Obodo song people really accepted it, that was in 2005 but I wrote the song in late 90. And another thing that announced me was the Benson and Hedges ‘Grab the Mick’ music competition in 2002. People really accepted me when I was rapping in Igbo. I came first then in Enugu and it was even I and Klint that did the competition together. He was singing while I rapped. And finally at the grand finale I won, that was in Abuja. I can never forget that year. That same year, I still went for Star Quest competition. Initially, they didn’t want me to enter for the competition because I just won Benson and Hedges competition. I came second while Kcee emerged winner and I am happy he’s doing great now.

What is the story behind your change of name from Nigga Raw to Mr. Raw?

Yeah ,the change of name actually came about because on-air personalities could not say my name without driving another connotation to it. It was affecting information about me. Some foreign stations like MTV Base couldn’t play my music until I removed the word ‘Nigga’ from my name. I had to do it.

But what actually gave me the push to change my name to Mr. Raw was when many people complained that they weren’t able to buy my songs online. I had to search for my name online and I didn’t see it in one of the popular websites. But when I searched for one of my songs it popped up. I saw that they censored ‘Nigga’ and replaced it with five stars.

So if you search for Nigga Raw you wouldn’t find it unless you searched for one of my songs. Nigerians outside the country buy songs online before they get the hard copy. So I had to change the name. Then again, if you are going to foreign embassies to get a visa, the promoter is usually scared of telling them at the embassy that a ‘nigga’ wants to go to their country. But really, the ‘Nigga’ in my name wasn’t like the American Nigger. Mine is actually an acronym NIGA which means Nigerian Guy Anakpo Raw (Nigerian Guy who is called Raw). But how many people would you be explaining this to?