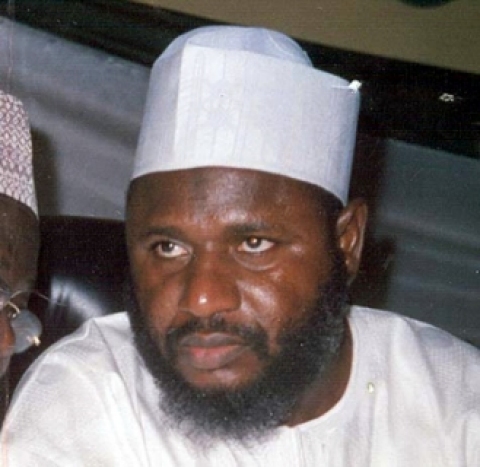 Former governor of Zamfara State, Senator Ahmed Sani Yarima yesterday debunked reports in a section of the media that he mobilized Muslim clerics and leaders on a visit to President Goodluck Jonathan to pledge their support for the president’s re-election bid in 2015, saying the visit two weeks ago, was to pray for peace in the country and nothing else.

The pro-Sharia Senator was said to have led many prominent Muslim clerics from around the country to meet with the president as part of ongoing consultations on his perceived second term ambition as well as try to supplant Vice President Namadi Sambo as running mate to the president.

Information Nigeria gathered that Yarima had sold the idea that he was the only one who could galvanize the support of Muslim clerics especially in the North, to back Mr. Jonathan’s candidature given his background as a Sharia proponent.

But Yarima, a chieftain in the yet-to-be registered All Progressives Congress (APC), said the meeting was apolitical just as he stressed that it was unthinkable for him to be Mr. Jonathan’s running mate as a prominent member of the opposition.

He said the meeting was summoned at the instance of the president so that the clerics would pray for an end to the insecurity that has ravaged most parts of the North.

“This is just a baseless rumour,” he said in response to the allegations that he wanted to be vice president.

“I have said it time without number that I will never decamp to PDP no matter what. I will never leave my party, All Nigeria Peoples Party (ANPP) but because of the fact that we are merging together, I’m now in APC.

“With this my stand you will see that the rumour is baseless. Or have you ever seen where an opposition member becomes a vice president to a ruling party? This is not possible anywhere in the world.”
He said their visit to the Presidency had nothing do with politics but that it was purely on the security challenges affecting the country.

“When the president was Vice President to late Yar’Adua I led clerics to the villa under the umbrella of National Ulama Consultative Forum which I formed when I was governor of Zamfara State with the twin aims of promoting unity among Muslims and championing the cause of Islam in the country. President Jonathan called me recently that he wants me to lead the same group of clerics to him so that they can pray for the country and that was what happened.