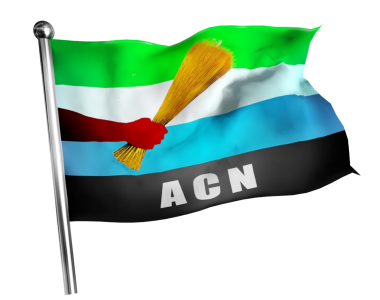 The Action Congress of Nigeria (ACN) has described as outright lies claims by the Peoples Democratic Party (PDP) that the party’s governors in the South-west Friday’s flag-off of the reconstruction of the Lagos-Ibadan Expressway by President Goodluck Jonathan.

In a statement issued by its National Publicity Secretary, Alhaji Lai Mohammed on Monday, the party revealed that only the Governors of Lagos, Oyo and Ogun were invited to the ceremony and berated the PDP for giving a false impression that all the ACN Governors in the South-west were expected to be there.

Although Gov. Ibikunle Amosun was physically present at the flag-off, the Governors of Lagos and Oyo were represented by their deputies as they were both out of the country at the time.

“How then could anyone who believes in the truth, and nothing but the truth, infer in a public statement that the Governors shunned the ceremony because of politics? How difficult is it for a self-respecting party spokesman to check the veracity of the information at his disposal before feeding such to the public?

“Is it possible that a spokesman for a ruling party does not know that Deputy Governors can stand in for their principals even at statutory meetings like the National Council of State and the National Economic Council? Or does the PDP now believe that peddling outright lies is the way to go to give its flagging images a rebound?” ACN queried.

The ACN said the Acting National Publicity Secretary of the PDP, Mr.Tony Okeke, had undoubtedly embarrassed his party and its leadership with the level of ignorance and amateurism he has so far exhibited on the job.

“Mr. Okeke should realize that in his frenzied attempt to impress his masters and hold on to the job, he is actually embarrassing them, and that this may get him out of the job faster than he had imagined. He should know that the first thing he has to learn as a party spokesman is to check his facts before pushing out any statement.

”If he did not personally attend the flag-off, he could have asked if indeed the invited Governors were represented and at what level. He could also have cross-checked with the presidency to know who and who were invited to the ceremony.

“Apparently he is not in the scheme of things in the PDP. But he must know that no party spokesman can be effective by peddling beer-parlour information as facts,” it said.