If you haven’t then you had better click on the link and read it now! In fact I even suggest you read it first before proceeding to read this!

Ok so let’s begin, shall we? 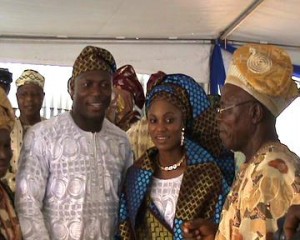 First on the list is Nigeria’s heart breaker!! Anytime you see his face what comes to your mind first? The goal he missed at the world cup 2010. He is currently the highest paid Nigerian Footballer pocketing over N100 million monthly with Chinese club Guangzhou

“When I wake up every day, I look at her face and she makes me happy. I go for training and play my matches with happiness in my heart. That is the motivation that makes me perform well. She often tells me: ‘Just go there and play well and score for me.’ That gives me more confidence and belief in myself,”

So how come he missed a goal from two yards at the world cup? Simple, he was not allowed to see his wife before the match. so maybe we will have to hang her picture on his locker room in the dressing room next time. :P

Second on my list is the Chief Dribbler Himself Austin Jay Jay Okocha Arguably the very best that has dawned the green and white colors of the super Eagles. 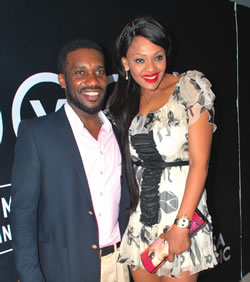 He is “happily” married to Nkechi who he met after his golden performance at the African Cup Of Nations In 2004 and the duo got married 3 years later.

You must be wondering why happy is in quote… well our sources claims that the couple have been battling with infidelity issues for a while now although Okocha has come out to say that “Our marriage is still strong, and all those stories are nothing but fabricated” But the truth of the matter is, there is more to that, we learnt while he was still abroad, his wife who kept the home in Nigeria was hobnobbing with different kinds of men.

Because of her smashing beauty, many Lagos big boys began to woo her. She allegedly parties a lot, goes clubbing takes different types of drinks. Hmm… One can only hope things get better between these two

Our Nations Cup hero Emmanuel Emenike is the 3rd on my list today! The Russian based striker who rose to prominence after hitting 5 goals in the last AFCON seems to be a hot cake now with this ladies. The big striker is not only a great player when he is on the field of play. He is allegedly dating two Nigerian actresses! Whoa! 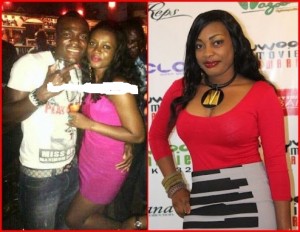 The interesting thing about this that both ladies were introduced to the striker by his friend!

Hehehe… in fact Victoria already has a promise ring from him already while Nuella is on her way to see him in Russia! Talk about being a player? Emenike is one of them both on and off the pitch! 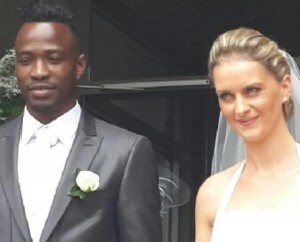 France based striker John Chukwudi Utaka is the fourth on my list and guess what? He married a white partner just recently in Paris. Why not an African you might want to ask? Well like we all know, he is on the wrong side of 30 and will soon quit football very soon so I’m guessing he decided to marry a white lady so that he can automatically become a citizen by marriage once he retires.. Smart ibo boy I tell you

Super Eagles midfielder and Dynamo Kiev star Yusuf Atanda Ayila is married with two kids. Things have been fine with the 28 year old until recently when he learnt about the secret his wife has been hiding in his wardrobe … Read this shocking revelation; 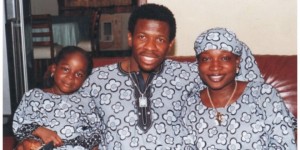 “The trouble started when I asked her to bring my children for holiday in Ukraine. One day, while I lived with her, I opened Gbemi’s wardrobe in Ukraine and found different charms, including a snake inside a bottle filled with gin.

Gbemi (right) and the alleged “charm” found in her wardrobe

It was a confirmation of the feelers I got from family and friends that she is fetish and had been using charms on me. I felt uncomfortable living under the same roof with her. In view of this development,

I told her I can’t cope with her bad habit anymore; she has to go back to Nigeria or I’ll leave the house for her.”

Wow! Unbelievable scenes. If you were the one in his shoes what will you do? Read The Full Story Here 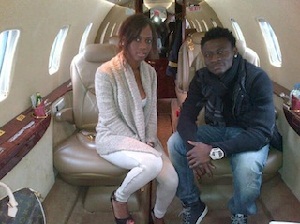 Many have complained about the love for anything under skirt by Super Eagles striker, Obafemi Akinwunmi Martins who plies his trade in the America with Seattle Sounders Those who know him too well swore that when it comes to the game of ‘womanising’, Obafemi is ‘Lionel Messi’ in that regards. “Oba goal” as he is fondly called is currently dating the biological sister of Italian bad boy Mario Balotelli. Although they are not married yet, she is already pregnant forthe Nigerian striker.

The pair were recently captured on camera in suggestive poses, with Martins embracing and kissing Abigail. The relationship between the Nigerian goal poacher and his Ghanaian girlfriend started in Milan, Italy when Martins was playing for Inter Milan.

It was gathered that Balotelli is deeply concerned and displeased that the pictures have been published, as he does not approve of the relationship.

Abigail is the eldest daughter of Mr. and Mrs. Thomas – Rose Barwuah, biological parents of Balotelli. In case you read a news titled “Mario Balotelli beats up Obafemi Martins” don’t be surprised. Lol

That’s the end! thanks for reading… Feel free to comment on any of these couples!