A band of wild cats pounced on a French woman this week and attacked her as she walked her pet dog. 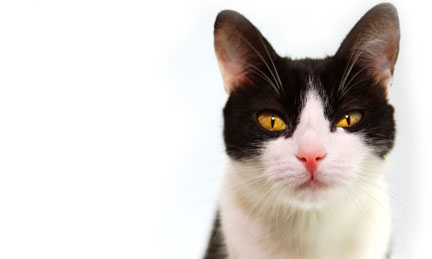 The traumatised woman was reportedly left with a gashed artery and bites to her arms and legs in what a vet said was an unprecedented assault.

Traditionally cats are meant to be solitary and docile creatures. But a band of feral French felines in the north-eastern French city of Belfort appears to have put that theory to bed.

The 31-year-old woman had apparently been out walking her pet poodle when she was set upon by half a dozen blood thirsty moggies. The victim’s mother Josette Galliot described the mob attack.

“They scratched and bit my daughter and really went for her,” Galliot told Est Republicain.

“They jumped on her and managed to knock her over. The wild cats bit her on the leg and on her arms. They even pierced an artery,” she said.

Her daughter was then taken to hospital where she received precautionary rabies treatment. In a separate vehicle, the dog was transported to the local vet.

“My daughter thought it was a living nightmare,” the woman’s mother added. “She’s still traumatized today – and is bordering on depression.”

“The vet told us that, in his 20 years in the job, he had never seen such a thing. He couldn’t find a single explanation for the cats’ abnormal behaviour,” she said.

“We must get rid of this scourge. There are too many cats in the neighbourhood, many of which are strays. There are also lots of children here. We don’t want it to happen again.”