Prison officers have reacted with fury to claims from Woolwich murder suspect Michael Adebolajo that he was ‘assaulted’ while in prison. The man accused of hacking to death Fusilier Lee Rigby in the street was involved in a violent incident in Belmarsh high security jail last week in which he lost two teeth. 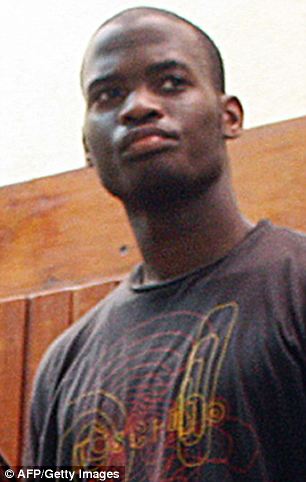 In a recent interview with BBC News, Adebolajo’s brother Jeremiah claimed warders in the prison ‘took offence’ when the remand prisoner refused to obey an instruction and then ‘smashed his head against a window’.

The BBC also reported the claim – denied by Prison Service officials – that the murder suspect had been denied medical treatment. Officials insisted he had refused to be seen by a doctor.

The report also claimed the suspension of five officers involved in the incident was ‘exceptional’, and hinted the assault might have been the result of Adebolajo’s ‘notoriety’.

But the prison officers’ union condemned reporting of the incident as a ‘circus’.

Sources suggested the officers had felt threatened after Adebolajo refused to comply with orders and turned towards them aggressively.

Steve Gillan, general secretary of the Prison Officers’ Association, said: ‘All hell breaks loose because a prisoner says he has been assaulted.’

He insisted the suspension of the officers was ‘entirely routine’ in such circumstances.

He said: ‘He is a dangerous person and our members are doing their best in the circumstances to do a professional job. We all know how dangerous this man is and that danger is still faced in prison. The suspension is an administrative thing which happens if there is a police investigation. People shouldn’t be reading anything in to this.’

Mr Gillan said the officers insisted they had used only ‘approved restraint techniques’ when Adebolajo refused to comply with routine instructions.

‘They tell me they have done absolutely nothing wrong,’ he said. ‘They believe they were in danger from him and he turned aggressive. If the individual had complied with instructions, he would not have had to be restrained. He hasn’t been assaulted at all.’

In the BBC interview, Jeremiah Adebolajo’s identity was hidden because he said he fears being attacked.

His account, from a phone conversation with his brother, suggested the murder suspect was the victim.

Mr Adebolajo said: ‘They decided to take offence to something, and decided the best course of action was to twist his arm back. It was the arm that had been shot. He manoeuvred out of that so they smashed his head against a window.’

And he said it was ‘strange’ his brother had not been given immediate medical treatment. But this claim was knocked down by the Prison Service, who insisted Adebolajo had refused to be seen by a doctor.

The union expects the warders to be cleared by the police, but Mr Gillan warned officers could refuse to use restraint techniques if they think it will lead to them being targeted. ‘Prison officers will say, “We won’t put our hands on anyone,” he said.

Michael Adebolajo, 28, from Romford, east London, is one of two men accused of murdering Fusilier Rigby outside Woolwich barracks in May.

When he appeared in court last month via video-link from the prison he was flanked by warders in full riot gear. Prison staff asked the court to keep him handcuffed as he was ‘unpredictable’ and had refused to comply with orders. He and Michael Adebowale, 22, are due to stand trial at the Old Bailey on November 18.