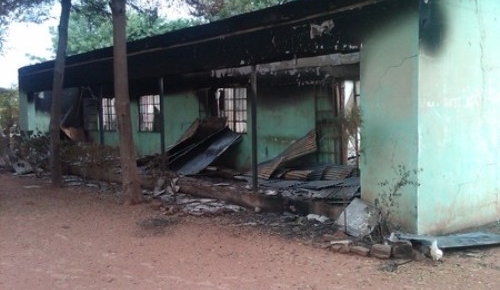 National leader of the Congress for Progressive Change, CPC, Major-General Muhammadu Buhari (rtd), has condemned in strong terms, the killing of students in Yobe State by gunmen on Saturday.

About 29 students were killed by gunmen suspected to be members of the dreaded Boko Haram sect with witnesses saying some of the victims were burnt alive in the attack.

Buhari, who spoke via a statement signed by the National Publicity Secretary of CPC, Rotimi Fashakin, said the action of the gunmen was not only condemnable, but abominable.

“This is not just condemnable but abominable! The shedding of innocent blood is abhorrent in the furtherance of the cause of our common humanity,” he said.

The former military head of state said the unfortunate incident has once again “jolted us into fresh realism on the foreboding of the unknown that the scepter of insecurity in the land has forced on us.”

“This is the time to appraise the effectiveness of current security system with a view to optimizing for proactively combating the Nation’s security menace.

“As it is often said that, it is preposterous in deploying the same method all the time and expecting different result, our leader has counseled on taking another look at the effectiveness of the blanket disruption of Telecommunication services in the states of Yobe, Borno and Adamawa.

“Usually, the ‘lock-down’ strategy should not be prolonged and must be preceded by unassailable intelligence gathering. This is the way that the security agencies can be on top of the situation,” he added.

He sympathized with families of the deceased and the government of Yobe State and prayed God to grant them fortitude to bear the irreparable losses.