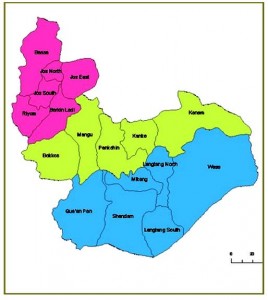 A commercial vehicle conveying maize to a nearby market yesterday crushed fifteen children aged between 12 and 16 to death in Barkin-Ladi, Plateau State, injuring nine others.

The children who were said to be members of the Boys and Girls Brigade of about three churches in the local government headquarters were on an early morning keep-fit exercise when the incident occurred.

The youths from the three churches, it was learnt, usually gather for the exercise by jogging to and from nearby villages, but a vehicle carrying maize from Bokkos lost control and ran into the children numbering about 40 killing 15 instantly.

Confirming the incident, Police Public Relations Officer in the state, DSP Felicia Anslem said investigations had commenced and efforts were on to track down the fleeing driver of the vehicle.

According to an eyewitness, the bodies of the deceased and the injured had been taken to a nearby health centre where the injured were given first aid treatment before they were transferred to the Plateau Specialist Hospital in Jos.