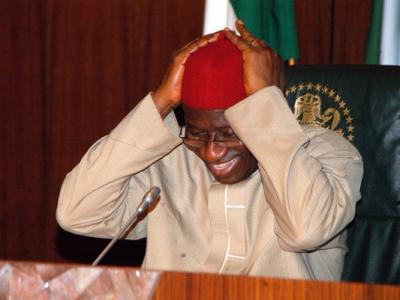 President Goodluck Jonathan has received the endorsement of the National Youths Council of Nigeria (NYCN) to run for a second term in office come 2015.

Yakubu Shendem, who was announced as winner of the election for president of the council at a highly controversial congress held in May in Makurdi Benue State but was defeated at another election conducted in Minna, Niger State at the weekend by Abdullahi Abdulmajeed, declared the support for Mr. Jonathan at a press briefing in Abuja.

Mr. Shendem, whose controversial emergence as leader of the umbrella body for Nigerian youths in Makurdi kick-started the process towards the disgraceful ouster of former Minister of Youth Development, Alhaji Inuwa Abdul-kadir Turaki, highlighted the achievements of the Jonathan administration especially in the Economy, Monetary Policy, Customs and Transport sectors.

According to him, “Jonathan administration is youth friendly, and a break from the past and it’s a government we can access, and that is why we are supporting his administration, and there is no amount of intimidation by any persons or form of political arrangement that can change our decision in passing the vote of confidence on President Goodluck Jonathan.”

In a veiled reference to weekend’s election which propped up Abdulmajeed, a candidate widely believed to have been sponsored by the five ‘aggrieved’ Peoples Democratic Party (PDP) northern governors, Shendem stated that the NYCN is one, “we have no issues; some group of governors that crest themselves as five northern governors want to break the rank of the Council for the purpose of whatever ambitions they are aspiring.”

“They have been going round the country and they want to create factions, but we don’t have any factions. The youths are together and I have told you that as the president, we have taken a decision to support Mr. President and nobody can intimidate us from doing that,” he said.

While urging Mr. Jonathan to improve the education sector and create more jobs for the teeming unemployed youths, Shendam noted that based on the Youth Council assessment of the achievement of government, all sectors had witnessed remarkable improvement.